Even decked out in cultural finery, people make monkeys of themselves. Maestripieri, a veteran monkey investigator, builds a fascinating and occasionally disturbing case for fundamental similarities in the social shenanigans of people, apes and monkeys due to a shared evolutionary heritage. 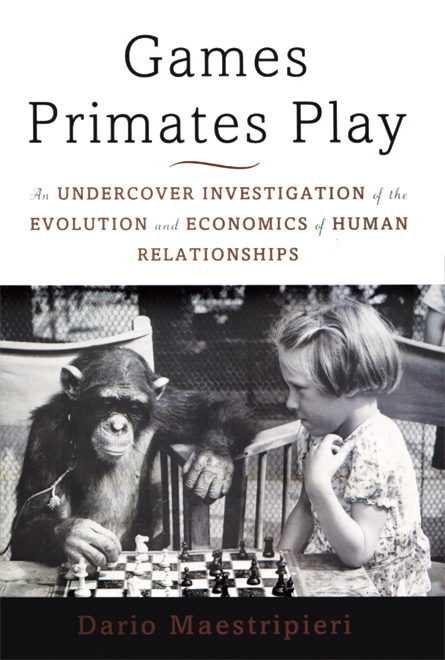 Maestripieri spies unspoken primate customs lurking in mundane human encounters. In a crowded elevator, people instinctively stand still and avoid eye contact, keeping their distance when only two remain. An ingrained need to defuse potential aggression when confined with strangers drives this behavior, Maestripieri argues. He has observed similar behavior in pairs of female macaques put in a small cage. To break the ice, the monkeys bare their teeth to signal fear and friendliness before grooming each other. It’s a short jump, he says, from caged macaques to two people in a high-rise elevator chatting nervously about the chance of rain.

Maestripieri also describes the evolutionarily deep appeal of nepotism. In female-run macaque societies, big shots’ daughters are guaranteed privileged lives while daughters of bottom-feeders eke out a miserable existence. Maestripieri relates this behavior to his own run-ins with kin favoritism in Italy’s military and universities.

Both people and macaques often hurt competitors if they can get away with it, Maestripieri says, but play nice in public. So it goes among scientists: Senior researchers attack rivals and young challengers in anonymous peer reviews. This would improve instantly with open review, he predicts.

Other research described in the book finds commonalities in primate cooperation and friendship, as well as in power plays, playing favorites and other dark social arts. In the end, Maestripieri’s theme is hard to deny: Monkey business is everyone’s business.