The U.S.S. Leviathan set sail from Hoboken, N.J., on September 29, 1918, carrying roughly 10,000 troops and 2,000 crewmen. The ship, bound for the battlefields in France, had been at sea less than 24 hours when the first passengers fell ill. By the end of the day, 700 people had developed signs of the flu.

The medical staff tried to separate the sick from the healthy, but that soon proved impossible. The poorly ventilated bunkrooms filled with the stench of illness. The floor grew slippery with blood from many nosebleeds, and the wails of the sick and dying echoed below deck. Bodies piled up and began decomposing, until finally the crew was forced to heave them into the sea. It was the stuff of nightmares.

This is just one of the grisly scenes in Pandemic 1918 by historian Catharine Arnold. The book details how the movement of troops during World War I helped drive the spread of a deadly strain of influenza around the globe — from the American Midwest to Cape Town, South Africa, to New Zealand and beyond.

Scientists have yet to conclusively determine where that flu originated; Arnold suggests it was on a massive military base in Étaples, France. But all agree that the pandemic that became known as the Spanish flu didn’t begin in Spain. And the disease, which ultimately killed more than 50 million people, wasn’t caused by any ordinary influenza strain. 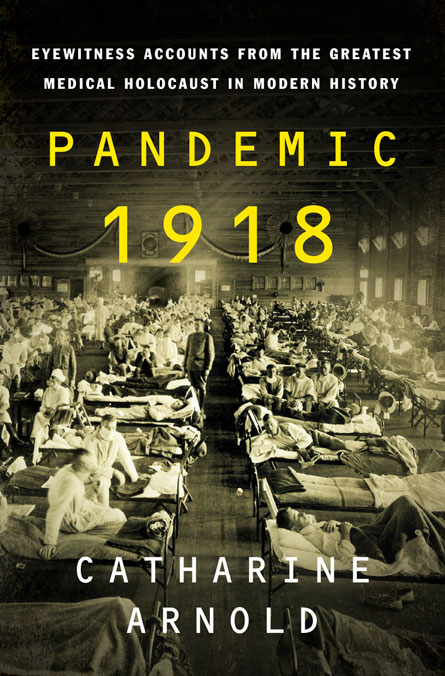 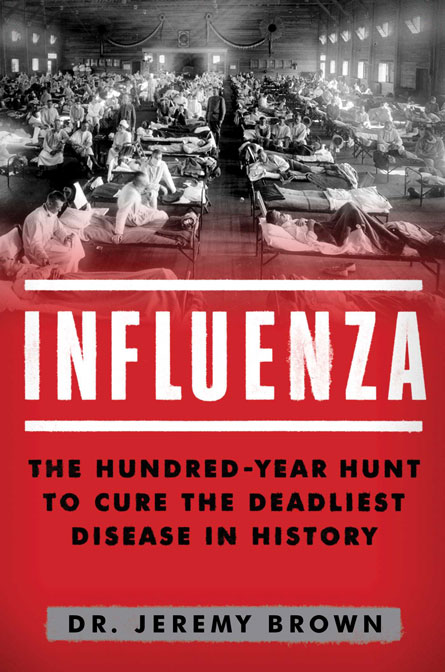 Grim eyewitness accounts chronicle the gory details of how this virus differed. Victims often bled from the nose or mouth, writhed in pain and grew delirious with fever. Their faces turned dusky blue as their lungs filled with pus. Healthy men and women in their prime were dying, sometimes within days of falling ill. And there was a smell associated with the sick, “like very musty straw,” recalled one survivor. Arnold’s graphic depictions of the carnage make for some gripping scenes, but the book is perhaps too ambitious. She zigzags between so many people and places that only the most careful reader will be able to keep track of who fell ill where.

Another book tied to the 100th anniversary of the Spanish flu, Influenza, by long-time emergency room doctor Jeremy Brown, covers some of the same ground. Both Arnold and Brown, for instance, chronicle the hunt for the 1918 virus in bodies buried in Arctic permafrost and efforts to reconstruct the virus’s genetic code. But while Arnold’s book is rooted primarily in the past, Brown spends more time on recent research. He provides an in-depth look at what scientists now know about the 1918 strain, an H1N1 virus that originated in birds and spent time in an unknown mammalian host before infecting humans. In 2005, researchers managed to re-create the virus and test it in mice. The experiment provided insight into how the virus might have wrought so much damage in the lungs, but it also renewed a debate over the ethics of reconstructing deadly viruses. These kinds of experiments can help scientists better understand the inner workings of pathogens, but might also help people build biological weapons.

Brown also provides a fascinating look at the factors that make the more common seasonal flu so challenging to predict and prevent. Because data collection relies on the generosity of health care workers and because doctors rarely test for influenza, researchers can’t get a full picture of the scope of the disease. And because the virus mutates easily, scientists struggle to accurately predict what next year’s outbreak might look like. The strains circulating when pharmaceutical companies begin making vaccines might not be the strains that are circulating when the vaccines reach clinics and pharmacies. That’s why the flu shot’s efficacy varies from about 10 to 60 percent each year (SN: 10/28/17, p. 18).

Both books provide fresh perspectives on the 1918 pandemic and the influenza virus that caused it. Readers interested in a deep dive into the harrowing details and eyewitness accounts from that dark time should pick up Arnold’s book. For those who want more science with a frank discussion of the challenges influenza still poses, Brown delivers a clear and captivating overview. Together the books offer an unsettling picture of the damage influenza inflicted on the world 100 years ago and the misery that this virus might yet bring again.

Buy Pandemic 1918 or Influenza from Amazon.com. Science News is a participant in the Amazon Services LLC Associates Program. Please see our FAQ for more details.