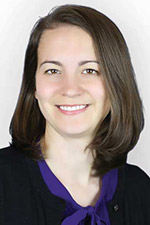 If this issue is any clue, 2018 may be the Year of Space. Our pages are packed with a surprising wealth of content for astronomy lovers, and anyone who dreams of otherworldly encounters.

In our cover story, astronomy writer Lisa Grossman reports on the race to Mars. SpaceX announced last year that it plans to get people to the Red Planet by 2024, but the battle over what humans’ arrival would mean for the search for life on Mars will probably reach a fever pitch this year. Researchers are already exploring the dangers that hitchhiking microbes from Earth would pose to potential alien life, as well as the risk of alien microbes to the health of human astronauts. Expect more experiments that try to fill in the knowledge gaps after a meeting of the international Committee on Space Research, or COSPAR, in February. Debate over mission objectives might also erupt when the COSPAR Scientific Assembly convenes in July. All the back-and-forth will set the stage for a maiden Martian voyage.

Regardless of the timing of that voyage, solid steps are under way this year. Both SpaceX and aerospace company Boeing could launch crewed missions to the International Space Station before 2018 is out. If successful, one or both may soon be taxiing astronauts to and from space.

Also packed in this issue are new clues to the origins of Saturn’s rings, a recent measurement of the depth of Jupiter’s Great Red Spot and a report of the most distant quasar yet detected. Emily Conover reports on a study that re-creates in space Galileo’s most famous experiment, confirming once again that objects in a vacuum fall at the same rate no matter their composition.

Artificial intelligence will probably prove increasingly useful to space scientists in 2018. Maria Temming describes a neural network designed to spot overlooked planets circling other stars. The researchers behind the algorithm plan to apply it to more than 150,000 stars.

On top of all that, NASA’s InSight mission is expected to reach Mars this year to study how rocky planets form. Hayabusa2 and OSIRIS-REx are set to convene with their target asteroids. If all goes well, the Transiting Exoplanet Survey Satellite will launch, and the Parker Solar Probe will make its first swing by the sun. We might get the first direct image of a black hole, courtesy of the Event Horizon Telescope team (though we made that same prediction for 2017).

Whether you’re looking to the stars or more interested in goings-on in your own backyard, you’ll find it in the pages of Science News, in 2018 and beyond.