Purpose: This is a simple demonstration for introducing reduction-oxidation (redox) reactions.

Notes to the teacher: Please handle and dispose of copper (II) sulfate solution in accordance with federal, state and local environmental control regulations.

1. Fill the beaker with hot water, pour in a few grams of copper(II) sulfate and stir until it dissolves. Show the students that the blue crystals of copper sulfate turn the water blue (due to Cu2+). Show the students the steel (iron alloy) or iron nail, then put it in the beaker. After a few minutes, pull out the nail and show it to the students. The nail should be coated with a thin layer of reddish-bronze copper atoms, which can be easily scraped off with a paper towel. If you use more than one nail, or have a dilute enough copper(II) sulfate solution, your students may be able to notice that the blue solution gets lighter in color due to the decreasing concentration of Cu2+ ions.

3. The sulfate and the water were innocent bystanders in this reaction and did not directly participate. Explain that the ions, such as sulfate (SO42-), are called spectator ions.

4. Explain that this is just one example of an oxidation and reduction reaction, but there are many others. Reduction and oxidation reactions are a mouthful to say and always occur together (electrons have to come from someplace and go to someplace), so they are called “redox reactions” for short. Also, it is important to note that the number of electrons lost in a reaction must be equal to the number of electrons gained, so the chemical equation may need to be balanced. To remember the difference between oxidation and reduction reactions, use the mnemonic OIL RIG: Oxidation Is Loss of electrons, Reduction Is Gain of electrons. 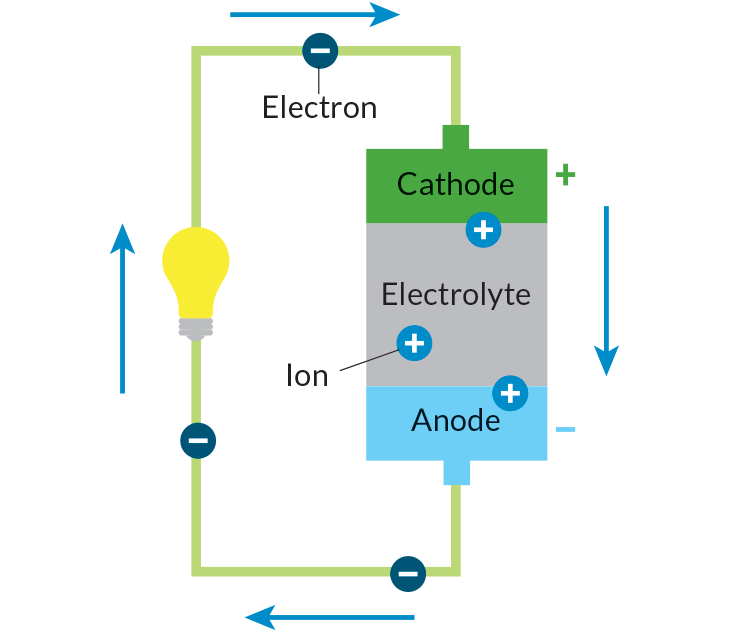 Batteries have three main components: two electrodes (the anode or negative electrode, and the cathode, positive) and the electrolyte, which helps ions move inside the battery. Chemical reactions at the anode release electrons, which travel through an external circuit to power a lightbulb or other device.