Just as a campfire feeds off random wind gusts, well-prepared people and organizations can benefit from volatility and chance events, risk researcher and former derivatives trader Taleb argues. But more often, he says, modern institutions handle unexpected jolts — say, the recent financial crisis — about as well as a candle flame resists a windstorm. 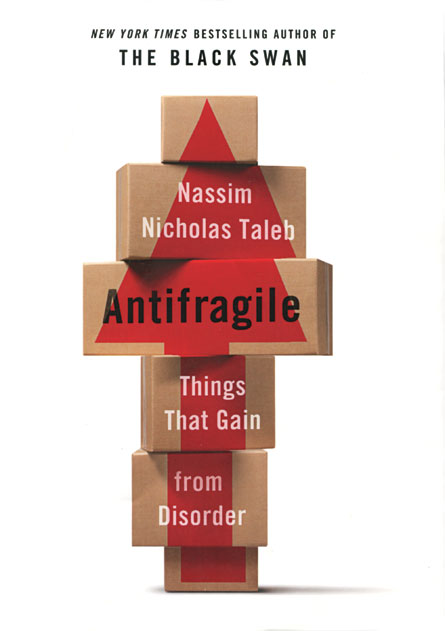 Taleb calls things that get stronger in the face of disorder antifragile. A merely resilient entity takes a licking and keeps on ticking, but an antifragile one turns lemons into lemonade. Antifragility occurs, for instance, when bones get stronger after hoisting heavy loads.

Governments, corporations and other engines of modern life have become so complex, with so many interdependent parts, that they can trigger unpredictable events with massive consequences. In a previous book, Taleb dubbed these game-changing twists Black Swans.

Many institutions try in vain to forecast Black Swans with mathematical models based on past data, he says. But these formulas greatly underestimate the probability of novel, momentous turns in complex environments.

Black Swans can’t be avoided but can be minimized and even exploited by scaling down modern institutions, Taleb suggests. Policy makers and businesses could look for simple ways to tame complex problems and profit from inevitable volatility. Research increasingly supports Taleb’s argument that imperfect rules of thumb can work surprisingly well.

These ideas upset economists and risk-assessment specialists, among others. Taleb welcomes a debate. As he argues in this book, “what doesn’t kill you makes you stronger.”