Ask most teenagers to name a path to fame and fortune, and basketball or Justin Bieber will likely come up. But for a select few, there’s one clear answer: science fair. Millions of dollars in prize money, TV interviews and trips to the White House await today’s winners, and Dutton gives a glimpse behind the poster boards of 12 kids vying for the nation’s top honors. 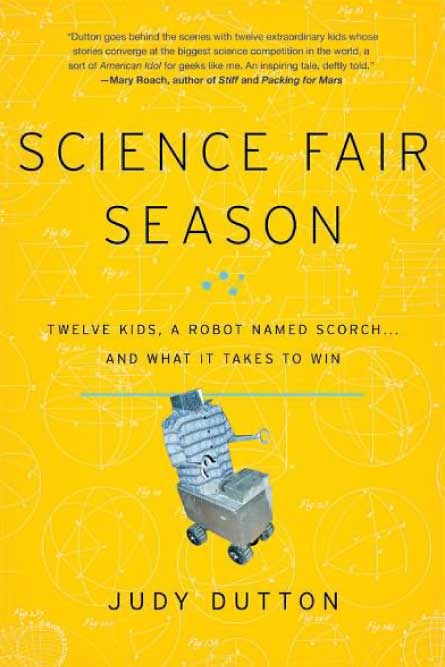 Every year, more than 1,500 high schoolers from around the world convene for the science fair Super Bowl, the Intel International Science and Engineering Fair, a program of Society for Science & the Public, which also publishes Science News. Dutton tells the stories of seven contestants in Intel ISEF 2009, plus five competitors from previous years whose stories have become the stuff of science fair legend.

Among them are Kelydra Welcker, whose work on chemical contaminants in her West Virginia hometown landed her on an FBI terrorist watch list, and Taylor Wilson, who wheeled into the fair a nuclear fusion reactor he had built in a basement.

Teenagers coming up with new nanotechnology and genetically engineered worms are impressive, but some of the most compelling stories feature simple science done against all odds. Garrett Yazzie’s is one of the most engrossing: The Navajo boy pieced together a radiator from a 1967 Pontiac with other junkyard finds to build a solar-powered heater for his mother’s dilapidated trailer. Dutton does readers a service by including kids who show that science is not just for the one-in-a-million genius; great ideas can come from humble beginnings. While light on scientific detail about the projects, the book succeeds in keeping its focus on the real inspirations: the kids.