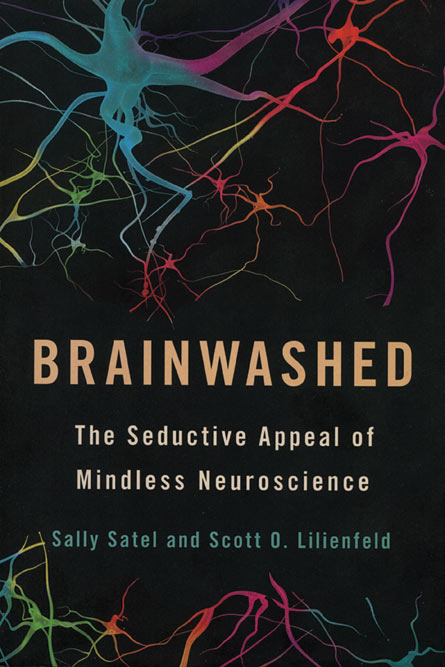 By reducing human thought and behavior to colorful images of excited neurons, neuroscientists have turned brain scans into brain scams, write psychiatrist Satel and psychologist Lilienfeld. The argument that thinking involves more than brain activity is not new, but the authors give it an up-to-date, provocative treatment.

Satel and Lilienfeld take aim at functional MRI scans that have been used by researchers and media to claim that specific brain areas represent the seats of love, hate and other human experiences. At best, the authors say, these scans detect a fraction of brain activity that occurs when people perform mental tasks. Such brain measures can neither fully predict nor explain people’s thoughts and feelings, they assert.

That hasn’t dimmed the cultural appeal of research that explains desires and actions as products of the brain that have little or nothing to do with personal responsibility or free will. One offshoot of brain-centered science is the burgeoning business of neuromarketing, in which advertising consultants use fMRI and brain wave data to tell Google, Facebook and other companies — for a price — whether consumers will buy or ignore new products. Brain data may eventually identify attention-grabbing products, Satel and Lilienfeld suggest, but there’s no evidence that neural information reveals people’s product preferences.

The authors similarly challenge popular arguments that the brain controls drug addiction, criminal activities and moral reasoning. Their skepticism does not extend to psychology, though; they uncritically accept the controversial idea, now in vogue, that people typically make decisions with error-prone, split-second intuitions and occasionally opt for more accurate, logical deliberations. But that’s a topic for another book.