Childhood obesity is not only an epidemic, it may be an infectious disease transmitted by a common cold virus, a new study suggests.

Children exposed to adenovirus-36 were more likely to be obese than were children who had no evidence of infection, according to a study published online September 20 in Pediatrics. The new study is the latest to link the virus to obesity in people. Recent studies of Korean children and both American and Italian adults have shown that obese people are more likely to have antibodies against the virus — a sign of a prior infection — than normal-weight people are.

Adenoviruses are some of the many viruses responsible for causing colds and stomach ailments in people.

In the new study, 67 obese and 57 normal-weight children ranging in age from 8 to 18 were tested for the presence of antibodies against adenovirus-36 in their blood. Researchers led by Jeffrey Schwimmer, a pediatric gastroenterologist at the University of California, San Diego, and Rady Children’s Hospital San Diego, found antibodies in 19 of the children. Of those children found to carry the antibody, 15 were obese and four were of normal weight.

“That’s enormous,” says Richard Atkinson, an endocrinologist at Virginia Commonwealth University and founder of Obetech, a company that tests for antibodies against adenovirus-36. Atkinson also holds a patent on a vaccine against the virus.

The results of the new work bolster evidence from previous studies in both animals and people showing that adenovirus-36 is associated with obesity, Atkinson says. Chickens, mice, rats and monkeys infected with the virus all get fat even though the animals don’t eat more or exercise less than they did before they were infected (SN: 8/5/00, p. 87). Experiments on human cells in laboratory dishes explain how the virus promotes weight gain — adult stem cells infected with the virus make more fat cells, and those fat cells store more fat (SN: 8/25/07, p. 115).

And the timing is right for adenovirus-36 to be one factor stimulating the obesity epidemic, he says. The virus, one of 55 different types of adenovirus, was first isolated in the late 1970s. Obesity rates began to climb at about the same time, with the Centers for Disease Control and Prevention documenting increases starting around 1980.

About 30 percent of obese adults carry antibodies against adenovirus-36 while about 10 percent of normal-weight people do, Atkinson and others have shown.

The 10 percent of lean people with antibodies against the virus may have gotten infected recently and have not yet gained weight, or they may have had a mild infection that never reached fat cells, Atkinson speculates. He discounts two studies that have failed to show a link between the virus and body weight on the basis of those studies’ methods — one involved military subjects, for example, who have incentives to control their body weight.

The new study may encourage people to look to viruses as a factor contributing to obesity, especially in the developing world where television and computers aren’t as prevalent but obesity rates are increasing as fast as in the United States, Atkinson says. “It gets real hard to explain their fat without McDonald’s and Game Boys, et cetera,” he says of places such as Thailand, where more than 15 percent of children are obese.

“I don’t think we know enough to say, ‘Oh, if you get this virus you’re going to be obese.’ Nor can we say, ‘If you do all the right things this virus won’t matter,’” says Schwimmer. “We just don’t have the data to be able to honestly and accurately predict the outcome with any fidelity.”

Even if adenovirus-36 does prove to increase body weight, overweight people need not be quarantined.

“You can’t catch obesity from a fat person,” Atkinson says. By the time a person becomes obese, the virus is long gone and the person is no longer infectious. “It’s the skinny person with a cold you have to watch out for.”

Back Story: an epidemic of hypotheses 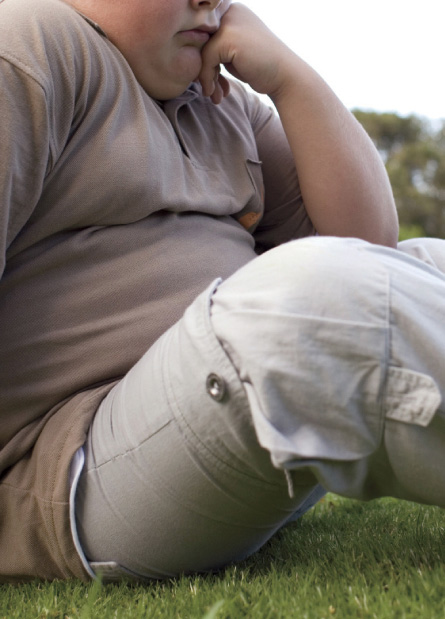 Obesity has risen dramatically in the United States and many other countries during the past 30 years. A combination of increased calorie intake and decreased physical activity is the most obvious explanation, but other factors may play a role as well. A team of researchers led by David B. Allison of the University of Alabama at Birmingham considered some of those possible contributors in a 2009 paper in Critical Reviews in Food Science and Nutrition, including these:
Older mothers
Studies have shown that the offspring of older mothers are more likely to be obese; birthrates have increased since the 1970s among women 30 and older.
Air-conditioning
It takes energy both to keep cool in hot weather and warm when the mercury drops. Some researchers have proposed that increasingly climate-controlled lifestyles have made people soft in more ways than one.
Medication
Certain antidepressants, birth control drugs and other medications that have become more common in recent decades produce weight gain as a side effect.
Less sleep
Sleep deprivation leads to metabolic changes that foster weight gain; epidemiological data suggest that sleep duration has fallen steadily over the past century.
Environmental contaminants
The increase of endocrine-disrupting chemicals in the environment over the past few decades has raised a number of concerns, including the possibility that the compounds might interfere with hormones that regulate metabolism.