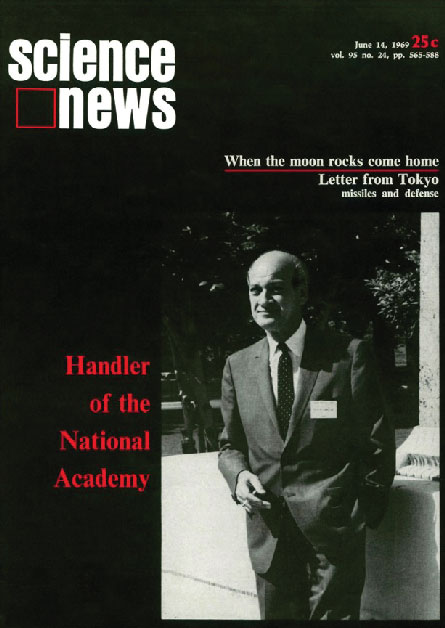 Solar power from moon to Earth —

An almost unlimited supply of electricity could be generated on the moon’s surface by huge arrays of solar cells and beamed to Earth by laser. Sunlight falling on a crater … could produce from 10,000 to 100,000 megawatts of power. By comparison, a large hydroelectric dam on Earth produces about 100 megawatts. Solar cells would be more efficient on the moon than on Earth … because of the lack of dimming clouds. — Science News, June 14, 1969

There are no solar panels on the moon yet, but scientists are still looking at ways to harness the sun’s energy in space to use as electricity on Earth. A 2012 NASA report proposed a bell-shaped satellite of solar cells that could supply solar energy to Earth, costing roughly $20 billion to launch. China and Japan are further along. China plans to launch small solar power stations into the stratosphere by 2025; Japan has its sights set on a similar one-gigawatt solar plant, generating as much energy as a typical nuclear power plant on Earth, by the 2030s.