Leonardo of Pisa, also known as Fibonacci, is best remembered today for introducing a sequence of numbers: 0, 1, 1, 2, 3, 5 and so on, each number after 0 and 1 equaling the sum of the two before it. The Fibonacci sequence is closely connected to the “golden ratio” used in art and architecture and turns up frequently in mathematics and nature. 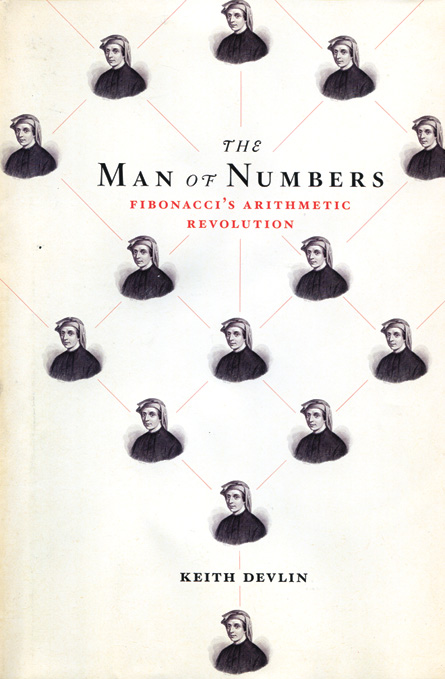 For Devlin, NPR’s “Math Guy,” Leonardo of Pisa is much more:  he’s the man who brought arithmetic to the West — a celebrity of 13th century Italy.

The book, which draws heavily on academic sources, pieces together the little that is known about Leonardo’s life. As a young man, he traveled to North Africa and learned Hindu-Arabic numerals and al-jabr, the basis of modern algebra. At the time, merchants and traders in Italy still used Roman numerals, which were impractical for multiplication or division.

Leonardo’s Liber Abbaci was the first comprehensive arithmetic textbook in Europe. It helped change the way business was done, with hundreds of math problems based on everyday commerce such as converting currency or calculating profits.

A mathematician himself, Devlin demonstrates Leonardo’s original methods by walking the reader through copious calculations that read like cooking recipes. Readers with the patience to tackle the math, though, will discover a legacy that extends across eight centuries to the textbooks of schoolchildren today and the numbers that run the modern world.