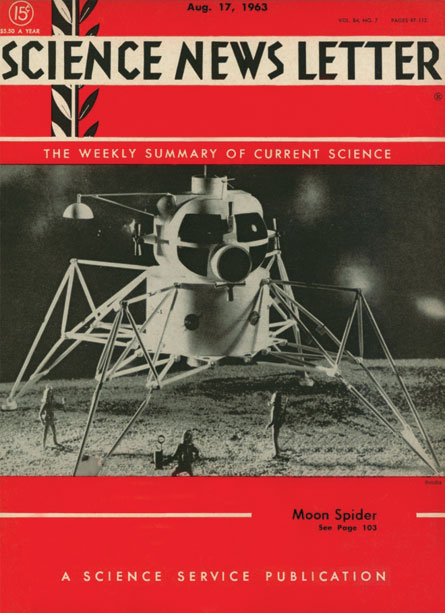 Neutrinos, nature’s most elusive atomic particles, could serve as a key to detecting other “suns” in the universe made of anti-matter, the opposite of the kind of matter found on earth, and in our sun. This possibility was suggested by Dr. Bruno Pontecorvo, [who] fled from England to Russia in 1950 and is now a Soviet citizen, considered one of Russia’s top physicists….  Anti-matter worlds cannot be detected by their light, since the photons carrying light’s energy are neutral and therefore the same, whether emitted by normal matter or by anti-matter. However, neutrinos and anti-neutrinos can be told apart since they have a different direction of spin, or helicity. A star made of anti-matter, which would be converting antihydrogen into anti-helium, would emit anti-neutrinos and could therefore be told from a star burning normal matter. Neutrinos can also be used to detect the nuclear reactions occurring in the center of our sun, Dr. Pontecorvo suggests.

UPDATE: There is no evidence of stars or other large bodies made of antimatter. But many of Bruno Pontecorvo’s ideas about neutrinos have been validated. He proposed that neutrinos oscillate, shifting between neutrinos and antineutrinos or among different “flavors” of neutrino. On July 19, physicists from Japan’s T2K experiment reported conclusive evidence of this switching (SN Online: 7/23/13). Next, physicists plan to compare the flavor shifting of neutrinos with that of antineutrinos in hopes of revealing why matter, not antimatter, dominates the universe.