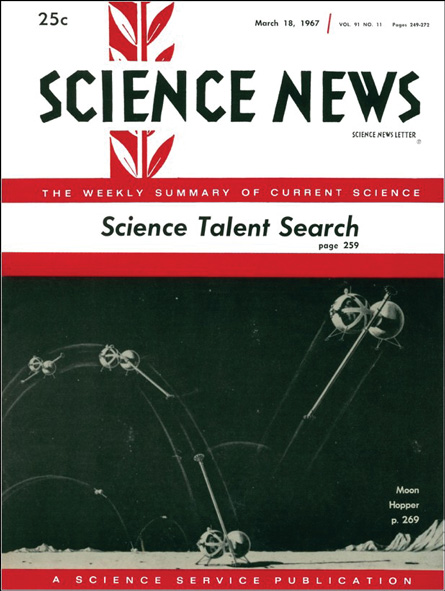 From deep in the gold mines of South Africa’s Orange Free State has come evidence that there was some form of biologic activity on Earth at least 2.15 billion years ago. Polymerized hydrocarbon “chemo-fossils” found in the gold ores … [probably] were originally part of a rich bacterial and algal life in the Witwatersrand basin. Since the rock layers from which they come have been dated to about 2.15 billion years ago, it seems likely that photosynthesis existed on Earth before then.  — Science News, March 18, 1967

Scientists still debate when early photo­synthesizing organisms called cyanobacteria began pumping oxygen into Earth’s atmosphere. Recent evidence suggests the microbes existed some 3.2 billion years ago (SN Online: 9/8/15), even though a larger oxygen surge didn’t happen until about 2.4 billion years ago (SN: 3/4/17 p. 9). Those tiny bacteria left an outsized impact on our planet, releasing extra oxygen into the atmosphere that paved the way for complex multicellular life like plants and animals.