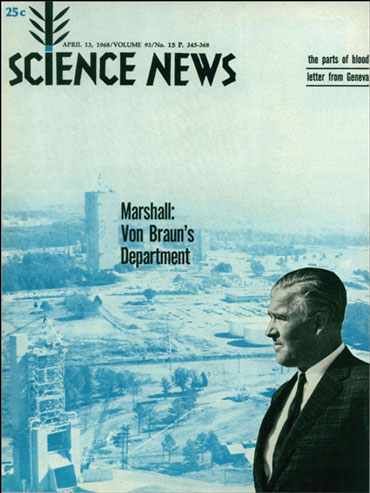 The campaign to eradicate measles in Mexico is going into the hinterland areas. Mobile brigades will use live virus vaccine produced in laboratories of the Republic’s Department of Health. Measles kills 10,000 Mexican children a year. — Science News, April 13, 1968

The last measles case to originate in Mexico occurred in 1995. In 2016, the Pan American Health Organization declared that the Americas were measles-free, largely because of far-reaching vaccination campaigns. That year, 98 percent of Mexicans and 92 percent of Americans received at least one dose of vaccine, the World Health Organization and UNICEF estimate. Eliminating infections doesn’t mean a virus can’t be reintroduced. International travelers can bring measles in from other places. A 2017 outbreak in Minnesota saw 79 cases confirmed, many in a community with low vaccination rates, though the outbreak’s source was never identified.