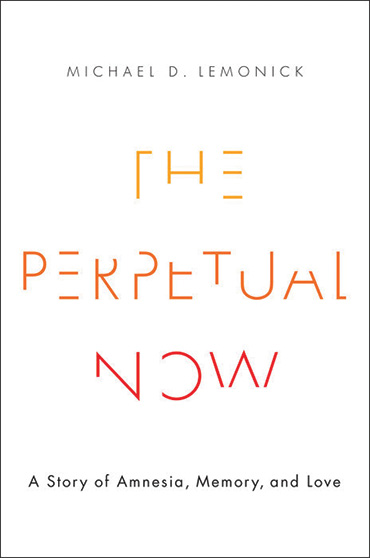 Generations of gurus have exhorted, “Live in the moment!” For Lonni Sue Johnson, that’s all she can do. In 2007, viral encephalitis destroyed Johnson’s hippocampus. Without that crucial brain structure, Johnson lost most of her memories of the past and can’t form new ones. She literally lives in the present.

In The Perpetual Now, science journalist Michael Lemonick describes Johnson’s world and tells the story of her life before her illness, in which she was an illustrator (she produced many New Yorker covers), private pilot and accomplished amateur violist. Johnson can’t remember biographical details of her own life, recall anything about history or remember anything new. But remarkably, she can converse expertly about making art and she creates elaborately illustrated word-search puzzles. She still plays viola with expertise and expression and, though she will never remember that she has seen it before, she can even learn new music.

Neuroscientists are curious about Johnson’s brain in part because her education and expertise before her illness contrast sharply with that of the most famous amnesiac known to science, Henry Molaison. Lemonick interweaves the story of “Patient H.M.,” as he was known, with Johnson’s biography. Molaison had experienced seizures since childhood and held menial jobs until surgery in his 20s destroyed his hippo-campus. At the time, in the 1950s, Molaison’s subsequent amnesia came as a surprise, prompting a 50-year study of his brain that provided a fundamental understanding of the central role of the hippocampus in forming conscious memories.

Scientists learned that remembering “what” happened is different from learning and remembering “how” to do things. By studying Johnson, they have found that she gets better at playing music with practice, though the notes never look familiar to her. With tools such as functional MRI, scientists can now ask deeper and more complex questions than in Molaison’s time about how different memory systems in the brain work.

Unlike Molaison, whose privacy was protected until his death in 2008, Johnson’s sister and mother felt that Johnson’s life before her illness was an important part of her story. So they have allowed journalists and the scientists who study her to use her full name. Lemonick interviewed Johnson’s family, friends and colleagues to paint a portrait of her upbringing and accomplishments.

If the book lacks answers, it is because Johnson’s brain has been studied only since 2010. “Lonni Sue’s remarkable brain still has many secrets to reveal about the mysterious thing we call memory,” Lemonick writes.

Buy The Perpetual Now from Amazon.com. Sales generated through the links to Amazon.com contribute to Society for Science & the Public’s programs.