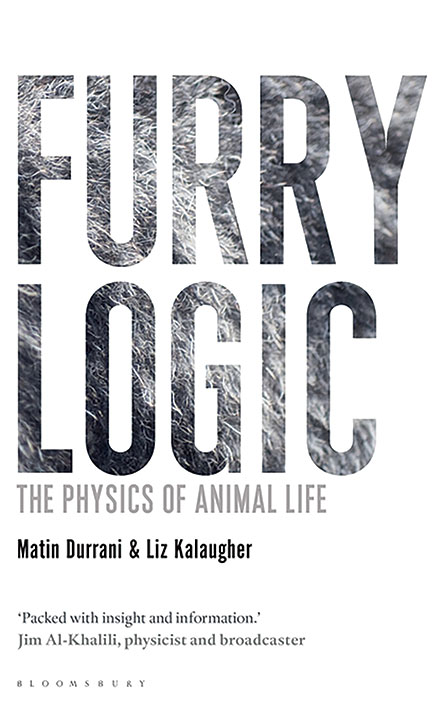 Warning: Furry Logic is not, as the title might suggest, a detailed exploration of mammals’ reasoning skills. Instead, it’s a fun, informative chronicle of how myriad animals take advantage of the laws of physics.

Science writers Matin Durrani and Liz Kalaugher cite a trove of recent (and often surprising) research findings. They draw on their backgrounds — Durrani is a physicist, Kalaugher a materials scientist — to explain how animals exploit sound, light, electricity and magnetism, among other things, in pursuit of food, sex and survival. These creatures don’t consciously use physics the way that humans design and use tools, of course, but they are evolutionary marvels nonetheless.

Peacocks, for example, produce low-frequency sounds while shimmying their tail feathers (SN Online: 04/27/16). The birds use these sounds — and not just the sight of those colorful plumes — to impress females and fend off competing males. At the other end of the sonic spectrum, some bats use stealth echolocation to track down their preferred prey. Moths targeted by these bats have sensors that can pick up these ultrasonic calls, but the bats squeak so softly that a moth can’t hear its stalker until it is less than a half-second’s flight away.

Durrani and Kalaugher let readers know when the science isn’t settled. Researchers aren’t quite sure how peahens pick up males’ infrasonic signals, for example. Scientists also haven’t figured out how the archerfish spits so precisely (SN: 10/4/14, p. 8), knocking prey off low-hanging branches above the water as often as 94 percent of the time. The submerged fish must somehow gauge the angle at which light bends as it enters the water and then accurately compensate for refraction while spewing a stream of water. Amazingly, this feat may be innate rather than learned via trial and error.

Readers need not understand the intricacies of polarized light, Earth’s magnetic field or surface tension to enjoy Furry Logic. Nor is this book an exhaustive account of the characteristics and behavior of every animal that uses such phenomena in interesting ways. There should be plenty of material for a sequel to this fascinating book.

Buy Furry Logic from Amazon.com. Sales generated through the links to Amazon.com contribute to Society for Science & the Public’s programs.