Legendary astronauts like John Glenn and Neil Armstrong achieved fame through single extraordinary moments. Yet Chris Hadfield is arguably the most famous post-Apollo astronaut thanks to his YouTube videos chronicling astronauts’ everyday lives. His new book, An Astronaut’s Guide to Life on Earth, includes what he learned from his time at the Canadian Space Agency.

Science News talked to Hadfield, who recently retired after a five-month stint on the International Space Station, about a few of the experiences discussed in his book and his thoughts on space science and exploration.

How has the transition back to Earth been going?

It’s rude when you get home. Your body has to instantaneously go from the graceful elegance of perpetual weightlessness to the tyranny of gravity. Your balance system is messed up, you’re nauseous and you can’t walk. It’s as if you’ve just got off this horrible spinning ride coupled with the worst flu you’ve ever had. You recover from that pretty quickly. But it took about four months before I didn’t feel like I had two tubes of lead for legs for running, and I’m still growing bone back across my hips.

What inspired you to address seemingly mundane zero-g activities, such as cutting your nails, in your videos and book?

Over a long time I spoke at thousands of schools, businesses, even the United Nations, and I found that everybody wanted to know: What’s it like in space? How do you brush your teeth? How do you go to the bathroom? So I resolved myself that if I get up in space long enough, I’m going to make a quick video and show those things. And those videos, some as simple as what happens when you wring out a cloth in space, just went crazy. So my guess was true: People just have a fundamental curiosity.

Watch extended cuts of the Science News interview with Chris Hadfield, with more on:

The physical toll of returning to Earth

Why we’ll need a holodeck to get humans to Mars

You’re best known for making a “Space Oddity” music video on the ISS. What were the challenges of rocking out in space?

Playing the guitar is weird. When your hand comes up the neck, the whole guitar takes off sideways because the guitar is actually just floating in front of you. You have to find some new way to brace the guitar to make it work. The vocals are slightly different too, because without gravity your sinuses never drain. It’s sort of like standing on your head forever.

Which of the science experiments on the space station most captivate you? 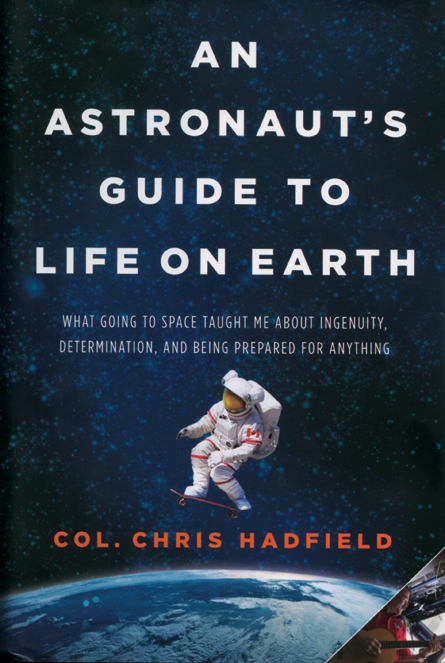 Based on your extended stay in space, what have you learned about the challenges of a manned mission to Mars?

Mars is a long ways away. It’s going to take half a year just to get there and then a half-year to get back. You’re going to leave Earth and not get somewhere for a long, long time. The psychological impact is that there’s nothing in your window; there’s no huge, stimulating, omnipresent view of our planet to look at. Those crews on the way to Mars are going to have a schism with Earth within a week or two, because Earth will become a distant visual memory. Those crews are going to have to become Martians for their own psychological health.