The asteroid strike (or was it the roiling volcanoes?) that triggered dino doomsday 66 million years ago also brought an avian apocalypse. Birds had evolved by then, but only some had what it took to survive.

Biologists now generally accept birds as a kind of dinosaur, just as people are a kind of mammal. Much of what we think of as birdlike traits — bipedal stance, feathers, wishbones and so on — are actually dinosaur traits that popped up here and there in the vast doomed branches of the dino family tree. In the diagram below, based on one from paleontologist Stephen Brusatte of the University of Edinburgh and colleagues, anatomical icons give a rough idea of when some of these innovations emerged.

Some traits made famous by modern birds first popped up in dinosaurs that met unfortunate ends. This diagram shows when traits like standing on two legs, feathers and wishbones emerged in the bird/dino part of the tree. Numbers one through four correspond to examples of trailblazing birdlike dinosaurs and early birds highlighted below. 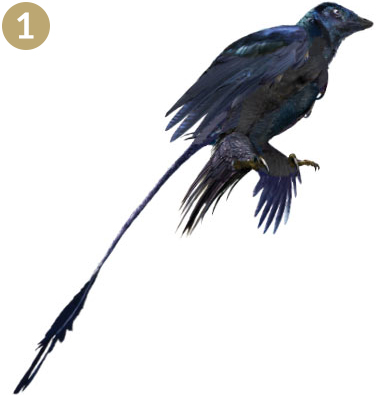 Microraptor dinosaurs were relatives of the velociraptors that (in ridiculously oversized form) put the screaming gotchas into Jurassic Park. Microraptor, alive about 126 million to 120 million years ago, perched on a different branch than birds, but it had birdlike qualities. M. gui (shown) had the asymmetrical feathers with off-center shafts considered essential for serious flight. It even had feathers fanning off its legs, leading some paleontologists to propose that early flight had a four-winged phase. 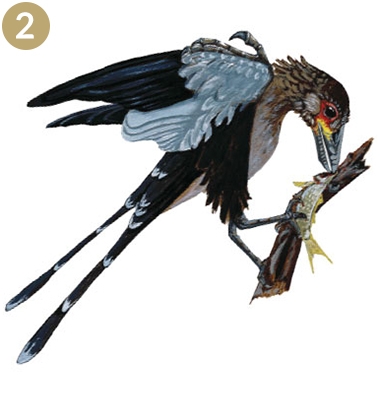 Confuciusornis sanctus, an early bird living 125 million to 120 million years ago, was a mash-up. Like modern birds, C. sanctus had toothless beaks and a shortened, fused tail called a pygostyle. Yet it didn’t have a fully curved, keeled breastbone where powerful flight muscles attach in modern birds. Its wings had claws, which is very rare in birds today. 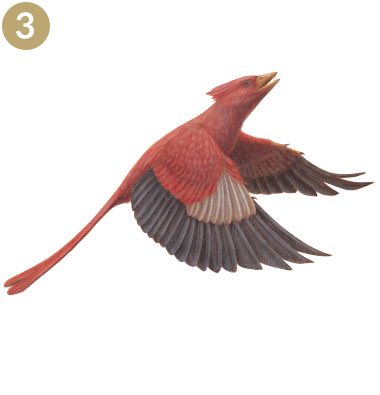 Protopteryx was an early Enantiornithes bird, one of a diverse bunch during the Cretaceous Period. The species illustrated here, P. fengningensis (from 130.7 million years ago), was sparrow-sized with big flight-capable wing feathers, soft down and long tail feathers. It also had teeth. Successful as the whole line was, it did not survive. 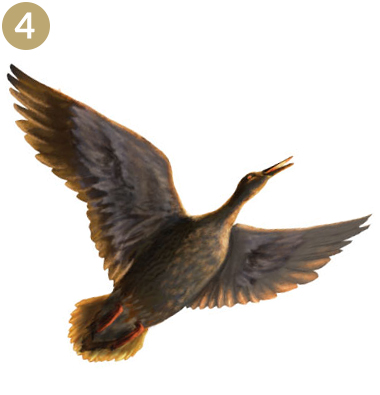 Ornithurae were the survivors. Vegavis iaai was first described based on a 66-million- to 68-million-year-old fossil found in Antarctica. The fossil preserved rings of mineralized collagen from a syrinx, a structure that lets birds sing. Classifying Vegavis as an early member of today’s waterfowl group weakens an old argument that modern birds arose only after other dinos died. The Vegavis find suggests that birds had already been branching into ducks, chickens and the ostrich group well before the big extinction.

One branch of the dinosaur tree gradually turned arguably avian (in the Avialae/Aves group) by about 165 million to 150 million years ago. That left plenty of time for bona fide birds to diversify before the great die-off.

The bird pioneers included the once widespread and abundant Enantiornithes, or “opposite birds.” Compared with modern birds, their ball-and-socket shoulder joints were “backwards,” with ball rather than socket on the scapula.

These ancient alt birds may have gone down in the big extinction that left only fish, amphibians, mammals and a few reptile lineages (including birds) among vertebrates. There’s not a lot of information to go on. “The fossil record of birds is pretty bad,” Brusatte says. “But I think those lineages that go up to the red horizontal line of doom in my figure are ones that died in the impact chaos.”