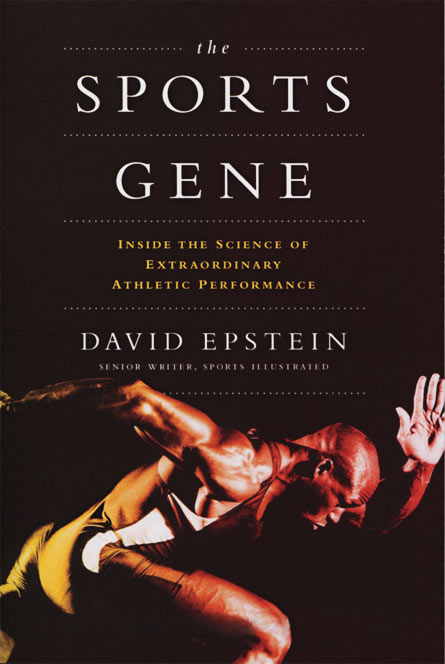 Sprinter Usain Bolt’s website proclaims him “arguably the most naturally gifted athlete the world has ever seen.” But is the speed that propelled Bolt to Olympic gold really a product of his genes, or do the secrets of his success lie in rigorous training and support from Jamaica’s rich sprinting tradition? Epstein, a sports writer, former scientist and competitive runner, explores the variables for building the perfect athlete in his new book.

One popular theory holds that 10,000 hours of practice can make anyone an expert in a given field. But Epstein offers caveats. Some people are genetically endowed to benefit from training. Others struggle to make even marginal improvements, partially because their genes cause them to plateau physiologically or make their body types fundamentally unsuitable for their sports.

Some controversial topics that Epstein tackles are pachyderms other writers might tiptoe uncomfortably around. He examines the roles of race and gender in athletic performance, presenting a wealth of evidence for each theory about why some people become sports stars while others never get out of the beer leagues. He sometimes takes a side so convincingly that the reader is in danger of whiplash when he switches to make a competing case.

But hear him out. By the time his tale comes to an end, Epstein will have persuaded you that most athletic traits are “a braid of nature and nurture so intricately and thoroughly intertwined as to become a single vine.”