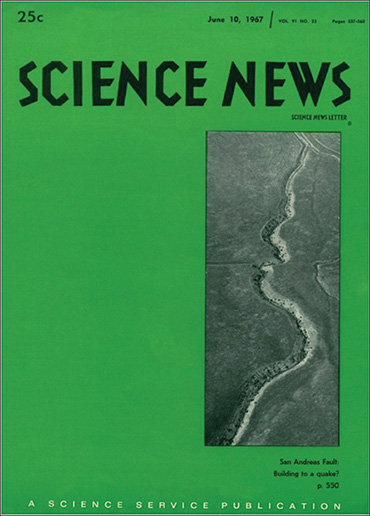 Bacteria ganging up on drugs

With the discovery of sulfa drugs and antibiotics came man’s confidence in his ability to control infectious diseases. But now, that confidence is being shaken by once defenseless germs that have learned to outwit man and thrive in the face of his wonder drugs.… One way to cut down on drug resistance transfer is to stop prescribing antibiotics almost indiscriminately, but that is not an altogether workable solution. — Science News, June 10, 1967

In 1945, Alexander Fleming, the discoverer of penicillin, warned that bacteria could become resistant to the wondrous antibiotic. Yet our love affair with antibiotics is still going strong — with consequences. In 2014, U.S. doctors prescribed close to 266 million outpatient courses of antibiotics — at least 30 percent of which were probably unnecessary. In the United States, more than 2 million illnesses per year and at least 23,000 deaths are caused by antibiotic-resistant infections. In 2016, E. coli in the United States showed new resistance to the last-resort antibiotic, colistin (SN Online: 5/27/16).

In 2014, prescriptions of antibiotics in the United States ranged from as low as 500 people to more than 1,200 per 1,000 people — and 30 percent of those prescriptions were probably not needed.