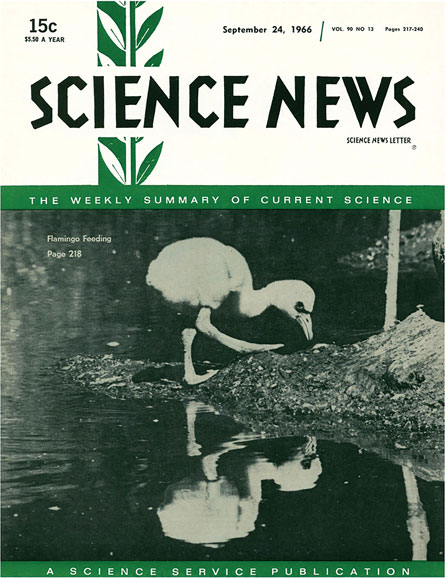 Genetic surgery is far away for humans — Optimism concerning application of genetic experiments to improve mankind is unwarranted now, a Canadian pediatrician told the Third International Congress of Human Genetics meeting in Chicago…. Although striking and sometimes controversial experiments in genetic surgery have in fact been performed in multicellular systems, he explained, public demand seems likely to outstrip scientific resources for the treatment of many forms of genetic disease. — Science News, September 24, 1966

Things are looking up for “genetic surgery.” Gene therapy has been around since the 1980s, but researchers have recently developed more precise gene-editing tools, including one that sent a child’s leukemia into remission in 2015. Scientists are most excited about a molecular scalpel known as CRISPR/Cas9 that cuts and manipulates DNA (SN: 9/3/16, p. 22). Researchers are optimistic about the tool’s potential to treat several diseases, but it may be a while before CRISPR is widely used.