Poor Brontosaurus. First named in 1879 when a paleontologist mistook an Apatosaurus skeleton for a new type of long-necked sauropod, Brontosaurus may be the most well-known dinosaur that never existed. Though the error was corrected in scientific circles as early as 1903, the iconic behemoth lingered in museums, movies and the public imagination for decades.

Despite their pop-culture status, dinosaur species aren’t set in stone, says Switek, a science writer with his own fond memories of Brontosaurus. Their identities are constantly being updated and revised as modern technology and new discoveries change the way paleontologists see them. With that in mind, Switek’s book is a lifeline for the dinosaur enthusiast — an entertaining guide to the latest science of dinosaurs. 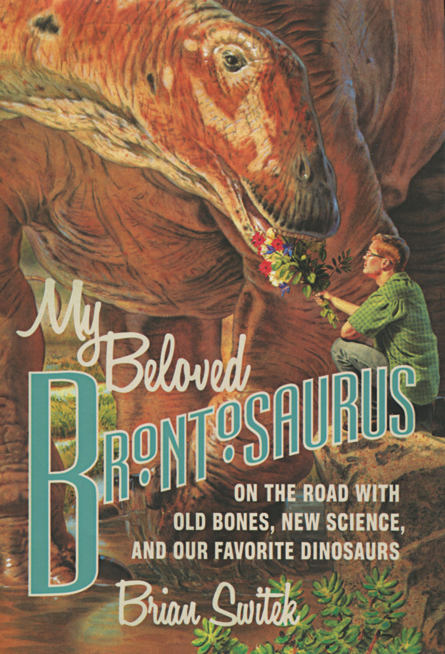 Switek hits the road to visit dig sites and interview paleontologists. His travels produce in-depth discussions of current research on dinosaur biology, from how dinos grew up to what they sounded like to what diseases they may have carried. He even speculates on long-standing mysteries surrounding dinosaur sex, a tricky proposition for animals with large tails to work around.

Switek also presents overwhelming evidence that many — maybe all — dinosaurs sported fluffy coats of protofeather fuzz. “I can almost hear the scaly-tyrannosaur fans weeping,” he writes.

Switek doesn’t mourn the loss of Brontosaurus. The dopey, lumbering dinosaurs of the past, he says, are just a reminder that what scientists know about these much-loved beasts is always evolving.