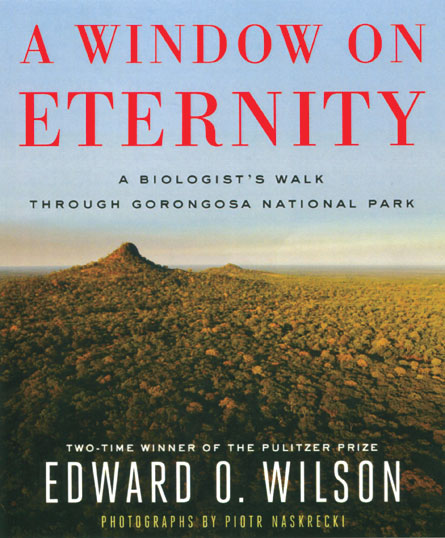 Starting in the late 1970s, Mozambique spent more than a decade embroiled in a brutal civil war that left millions dead or displaced. The effects of the human conflict echoed through the natural world. Soldiers encamped in Mozambique’s Gorongosa National Park, an area rich in flora and fauna, hunted elephants, zebras, Cape buffalo and other animals for food. Populations of the big mammals dwindled to almost nothing.

In his latest book, entomologist E.O. Wilson chronicles both the shifting ecology of Gorongosa after the war and how researchers are trying to repair the damage. Without key species, the park began to change. Trees that previously had been bulldozed by elephants flourished. With no grazers to prune them back, low-growing plants provided abundant timber for wildfires. Dung- and carrion-eating insects died off.

Wilson, who is involved in the recovery efforts, offers an intimate view of some of the less-than-obvious effects of the conflict. The park’s elephant population had dropped by as much as 90 percent by 2001, for example, and though numbers are now growing, biologists report that older individuals seem to be suffering from a kind of pachyderm PTSD. They have been left wary and more likely to charge vehicles.

Though Wilson’s enthusiasm for the park is infectious, it’s the photographs by entomologist Piotr Naskrecki that steal the show. Naskrecki’s images are a delight, capturing the spirit of the recovering landscape and its animals, great and small.

Gorongosa has come a long way and still has a ways to go, says Wilson. Ultimately, the book is a cautionary tale about how human affairs are fundamentally entangled with the natural world. It’s an age-old message, but one that’s worth a reminder.