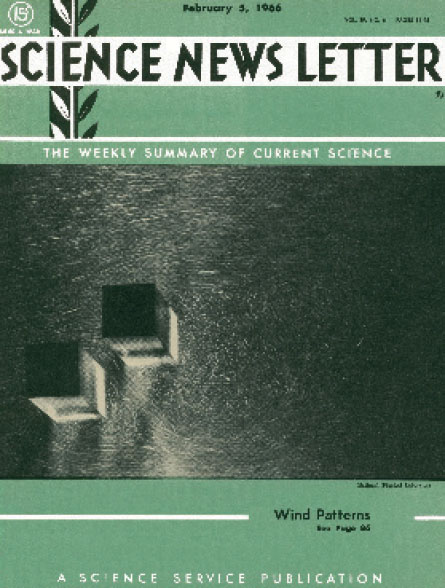 ‘Quarks’ may be source of quasars’ energy — The mysterious nuclear particles called “quarks,” which have not yet been detected but might nevertheless be basic building blocks of the atom’s core, could be the source of the tremendous energy generated by the puzzling star-like objects known as quasars…. Quarks, if they exist, would have a charge either one-third or two-thirds that of an electron …[and] masses of at least five billion electron volts. — Science News Letter, February 5, 1966

Experimental evidence of quarks first came in 1968 from scientists smashing together subatomic particles at the Stanford Linear Accelerator Center. By 1995, researchers had identified six quark “flavors”: up, down, strange, charm, bottom and top. Quarks are a core ingredient of atoms. But they are not responsible for the huge energy outputs of quasars (which are more like galaxies than stars). Quasars are probably fueled by black holes. Although all quarks have a charge that is either one-third or two-thirds an electron’s, only the top quark is as heavy as the 1966 prediction.