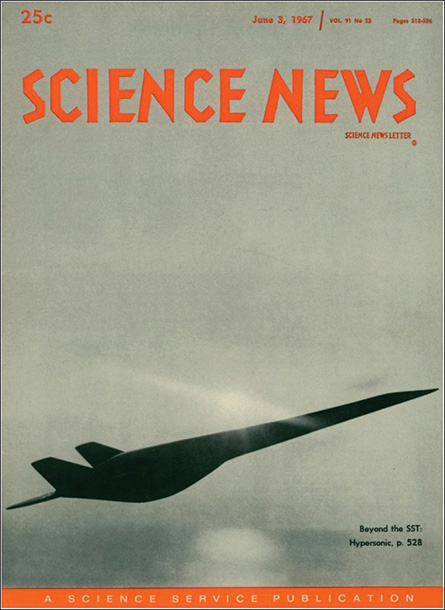 Walter A. Feibelman of the University of Pittsburgh … has found evidence indicating a fourth ring [of Saturn].… Every 14.78 years, the rings of Saturn can be seen edge-on from Earth, and the past winter marked one of these opportunities.… The thin ring “extends to more than twice the known ring diameter” (or a total of 340,000 miles), and is so faint it cannot be photographed except with a large telescope. — Science News, June 3, 1967

Scientists no longer observe Saturn’s rings only from Earth. Four spacecraft have visited the planet and revealed a complex ring system, with the four previously known rings accompanied by multiple fainter ones. NASA’s Cassini spacecraft, which arrived at the planet in 2004, is now swooping between Saturn and its rings to get the closest views yet (SN Online: 4/27/17). Rings have also been spied around Jupiter, Uranus and Neptune, and in 2012, scientists spotted an exoplanet with giant rings (SN: 3/7/15, p. 5).