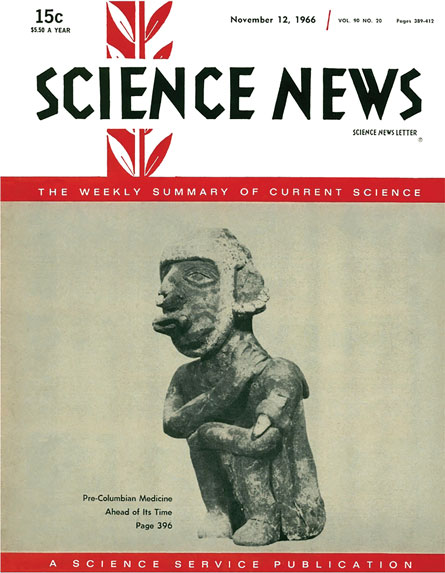 More vaccines promised — “The decline of poliomyelitis among more than 350 million people of the world … (offers) a promise of vaccines that will soon be used against other diseases considered hopeless or untreatable until recently. Vaccines against some of the many viruses causing the common cold, as well as those causing rubella, mumps and other diseases are on the way.” — Science News, November 19, 1966

In 1971, vaccines against mumps and rubella were combined with the measles vaccine into one MMR shot. All three diseases are now very rare in the United States. But persistent pockets of lower vaccination rates (spurred in part by the repeatedly debunked belief that vaccines cause autism) have allowed sporadic outbreaks of all three illnesses. A vaccine against the common cold has not yet materialized. Creating one vaccine that protects against the hundred or so strains of rhinoviruses that can cause colds is not easy. But some scientists are giving it a shot, along with vaccines against HIV, Ebola and Zika.