Armchair naturalists will delight in following Dinerstein as he treks the globe to find uncommon species and figure out why they are rare. Through field investigations and other research, this conservation biologist with the World Wildlife Fund comes to a rather startling conclusion: The majority of Earth’s nonmicroscopic species are rare — and probably always have been. 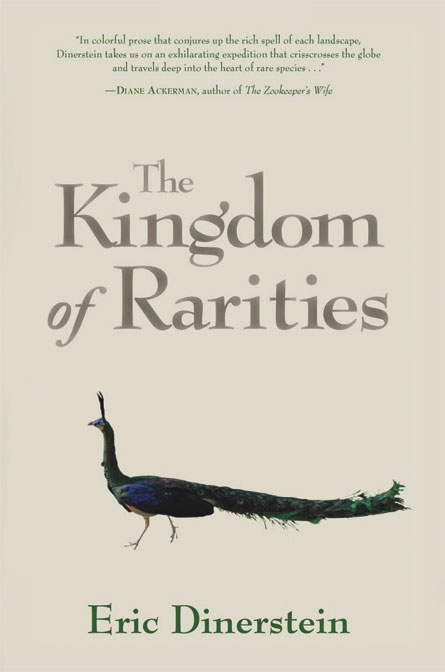 Unlike the dandelions and starlings of the world, he points out, most species consist of small numbers of individuals or are found only in a few tiny bits of real estate. People often take the blame for making species rarer, and Dinerstein by no means exonerates humans. Thanks to overhunting and a general despoiling of the environment, many once-common species are at risk of vanishing. One prime example: the lowland rhinos of Nepal that Dinerstein studied for five years.

But many species are uncommon even in the absence of humans, as Dinerstein finds when he explores remote regions such as the upper Foja Mountains in New Guinea. In fact, he says, large numbers of rare plant and animal species have evolved all over the world to take advantage of highly specialized ecological niches.

Dinerstein’s take-home message is that rare species have historically lived together in fairly stable harmony. Since people rely on the goods and services that wildlife provide, Dinerstein argues that it’s time to take a lesson from Bhutan. The small Himalayan kingdom protects more of its land and native species than any other nation. What people elsewhere — especially in industrialized Western societies — should aspire to, he says, is Bhutan’s compassion for the countless rare species with which we share our planet.