Daring to defy a centuries-old belief, Polish cleric and astronomer Nicolaus Copernicus spun the Earth on its axis and cast it as just one of several planets shuffling around the sun. Published in 1543, Copernicus’ tome On the Revolutions of the Heavenly Spheres earned a spot on the church’s list of prohibited books in 1616, where it sat for more than 200 years. 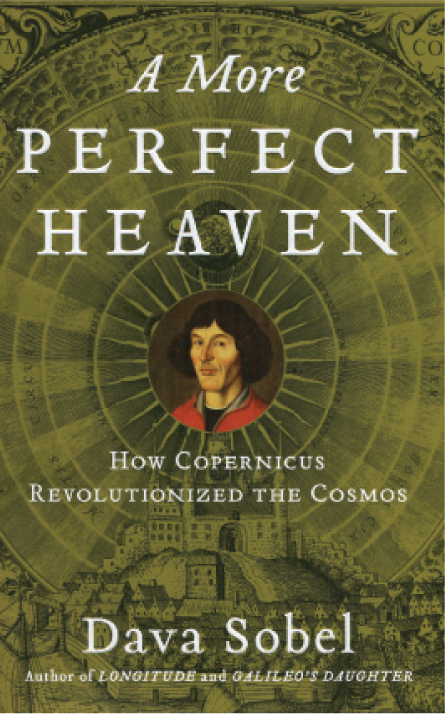 In her newest book, Sobel describes the evolution of Copernicus’ heretical celestial system, a model that sparked a scientific revolution and challenged the prevailing Ptolemaic alignment, which pinned the Earth in place and set the other spheres swirling around it. In her typically elegant manner, Sobel introduces the reader to Copernicus—a cleric and physician, the nephew of a Catholic bishop,and a reclusive astronomer who studied the heavens in secret.

Sobel describes the events preceding the publication of Copernicus’ theory, and along the way the reader meets German mathematician Georg Joachim Rheticus, a Lutheran. During the turmoil of the Protestant Revolution, Rheticus appears on Copernicus’ doorstep, sticks around for two years and ultimately convinces the aging astronomer to publish his theory.

Sobel imagines and voices the pair’s conversations in a drama tucked into the middle of the otherwise historical narrative. That drama, “And the Sun Stood Still,” reads like a mini-screenplay, breathing life into these two conflicted, obsessive and ultimately revolutionary characters. Sobel says she’s been wanting to dramatize the meeting between Copernicus and “the uninvited visitor who convinced him to publish his crazy idea” since 1973—the 500th anniversary of Copernicus’ birth.