There’s more to the meter than a metal stick. Crease, a physicist and philosopher, traces the rise of the metric system, telling a colorful tale of global conquest driven by kings, revolutionaries, polyglots and privateers — and ultimately scientists looking for rulers that could outlast any physical object. 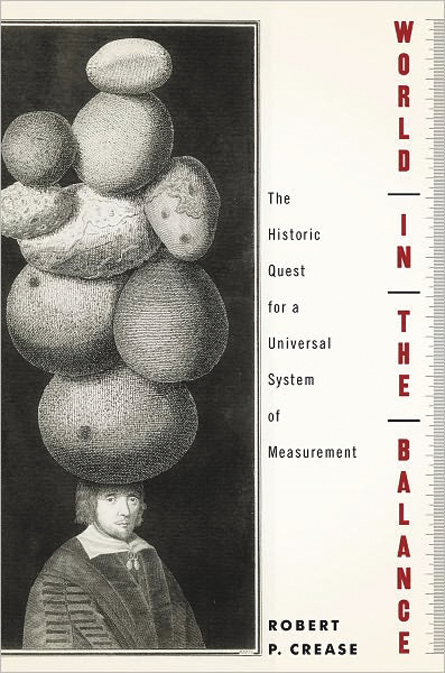 The French Revolution, argues Crease, set the stage for the first worldwide system of measurement. Spurred by calls for equality, France adopted standards for the meter and kilogram, which unlike previous systems were based not on royal body parts but on bits of metal.

Spread by wars and international commerce, these units would annihilate local ways of doing business. The Chinese ditched units of length based on the width of a knuckle, and brass figurines used to weigh gold dust in Africa became historic relics.

The story of standard units was shaped not only by sweeping forces but by random quirks of history. The United States might already have adopted the metric system, suggests Crease, were it not for the kidnapping and death of an 18th century European emissary carrying an early set of metric standards.

As the tale moves into the 20th century, scientists link measurements not to physical objects, but to unchanging aspects of the universe itself. The meter, for instance, is now simply the distance light travels in 1/299,792,458 of a second.

Only the kilogram defies this dream; it’s still tied to a lump of metal in France. But Crease’s book is well-timed. In October the keepers of today’s standards met to rethink the unit of mass — the last hurdle in their quest for a truly universal system of measurement.