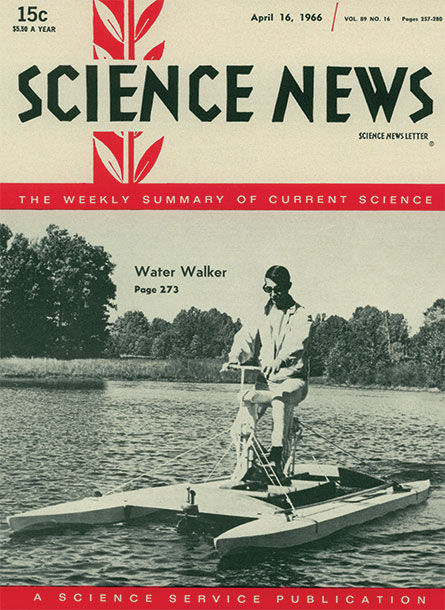 Multiple sclerosis clue significant — A possible link between environment and multiple sclerosis (MS) could be a valuable tool in searching for the cause and cure of the disease…. Cases of MS seem to appear in clusters, and there is apparently some as yet unknown environmental factor that is distributed in the same way, reported Dr. John F. Kurtzke.… The highest frequency of MS is found in northern United States, southern Canada and northern Europe, where there are 30 to 60 cases per 100,000 population. — Science News, April 16, 1966

Researchers still aren’t sure what causes MS, a debilitating disease in which the body’s immune system attacks the insulation around nerve cell fibers. But research suggests that people who grow up farther from the equator, with reduced sun exposure, may have increased disease risk. The human body produces vitamin D in response to sunlight, and studies show that lower levels of vitamin D lead to higher MS risk (SN Online: 9/10/15). But other factors, including genetics and infections, may also play a role in disease development. Today, an estimated 90 MS cases occur for every 100,000 people in the United States.