Harvard geneticist Joseph Pickrell is part of a new generation of scientists talking about their data not just over the lab bench, but in conversations online. Pickrell uses the Internet to open himself, his research and his thoughts about others’ work to public scrutiny.

Pickrell (pictured) analyzes genetic data from people living today to reconstruct ancient evolutionary relationships. But he wouldn’t expect his research subjects to make their genetic secrets public if he wasn’t willing to do so himself. “I feel pretty strongly that genetic data isn’t scary,” he says.

To prove it, Pickrell and other scientists have posted their personal genetic data on Genomes Unzipped, a blog commenting on the personal genomics industry. Most of the information comes from companies, such as 23andMe and Lumigenix, that analyze people’s DNA for a fee.

Pickrell learned from his data that he carries a genetic variant that doubles his risk of Alzheimer’s disease. “It’s not great news,” he says, but “it’s better to know than to not know.”

Another blogger uncovered Ashkenazi Jewish ancestry in Pickrell’s genetic background. It turns out  that one of Pickrell’s great-grandparents was a Jew who immigrated to the United States from Poland in the early 1900s. Pickrell learned that the family had swept that under the rug for fear of discrimination.

It’s not just his DNA that Pickrell shares with the world. He has posted drafts of some of his research papers on preprint servers such as arXiv.org and advocates the use of such online forums so that other scientists can point out weaknesses before a study is published. On the blog Haldane’s Sieve, Pickrell comments on papers that he finds at arXiv.org. His blogs and tweets are extensions of the sorts of conversations scientists have at conferences, he says. “It’s the fun part of what we do.”

Pickrell does not have his own laboratory — he’s now a postdoctoral researcher in David Reich’s lab at Harvard — but he has already built a following among more experienced scientists. Even on the outrageous Internet, Pickrell says, “you get taken seriously if you say serious things.” 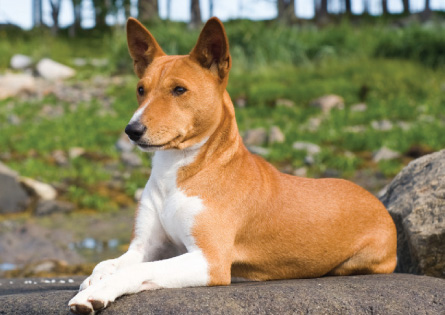 Geneticist Joseph Pickrell uses DNA to decipher how groups of organisms are related evolutionarily. His work has delved into the family trees of humans and, recently, dogs. Pickrell and his colleague Jonathan Pritchard of the University of Chicago discovered that an ancient African breed called the basenji (shown) got about 25 percent of its genes from gray wolves. In comparison, wolves contribute about 9 percent to boxers’ ancestry. Chinese shar-peis, in turn, trace about 9 percent of their genetic makeup to boxers. His work illustrates that pure breeds aren’t so “pure,” with considerable mixing between breeds after domestication.