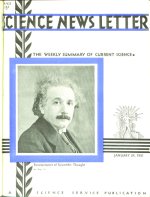 From far away I have come to you, but not to strangers. I have come among men who for many years have been true comrades with me in my labors. You, my honored Dr. Michelson, began with this work when I was only a little youngster, hardly 3 feet high. It was you who led the physicists into new paths, and through your marvelous experimental work paved the way for development of the theory of relativity. You uncovered an insidious defect in the ether theory of light, as it then existed, and stimulated the ideas of H.A. Lorentz and Fitz Gerald, out of which the special theory of relativity developed. These in turn pointed the way to the general theory of relativity, and to the theory of gravitation. Without your work, this theory would today be scarcely more than an interesting speculation; it was your verifications that first set the theory on a real basis.

Going beyond all this, the work of your wonderful observatory, through the recent discoveries of Hubble concerning the dependence of the red shift in the spectral lines of the spiral nebul on their distance, has led to a dynamic conception of the spatial structure of the universe, to which Tolman’s work has given an original and especially illuminating theoretical expression.

Likewise in the realm of the quantum theory, I am grateful to you for important assistance because of your fundamental experimental investigations. Here I acknowledge gratefully Millikan’s researches concerning the photoelectric effect that first proved conclusively that the emission of electrons from solid bodies under the influence of light is associated with definite period vibration of the light itself. This result of the quantum theory is especially characteristic for the corpuscular structure of radiation.

While I let my spirit reflect upon all this, I account myself exceedingly fortunate to be able to break bread with you here in joyous mood, full of the conviction that your researches will continue through the future to broaden and deepen, without let or hindrance, our knowledge of Nature’s mysterious forces. From my heart I thank you all.

If you are a woman you tend to remember, as time passes, more of the pleasant experiences in life than the unpleasant. But if you are a man, you remember the unpleasant to a greater degree than the happy things that happened to you.

This is what Dr. H. Meltzer, psychologist of the psychiatric clinic of St. Louis and lecturer at Washington University, St. Louis, found in an investigation reported to the psychologists of the American Association for the Advancement of Science in Cleveland.

He gave a new sort of psychological test to 77 men and 55 women. Just after they had spent their last Christmas holidays, he asked each to list all the pleasant and unpleasant experiences of the vacation period. Then, without warning, 6 weeks later he asked them to do the same thing. He compared the listings and found that there is a sex difference in the kind of experiences remembered after a month and a half.

The feminine tendency to forget, which Dr. Meltzer discovered, is explained by him as what psychoanalysts speak of as an escape mechanism. The female of the species uses this method of forgetting instead of resorting to alcohol, in Dr. Meltzer’s opinion.

“Men more frequently than women even in modern days use what George Bernard Shaw talks of as the opiate of booze to make them forget,” the psychologist said.

The larger extent of remembering of the pleasant by women is explained by Dr. Meltzer in terms of psychology of compensation.

“The richer memory experiences in women,” he said “are a compensation for their poorer actual experience in everyday life.”