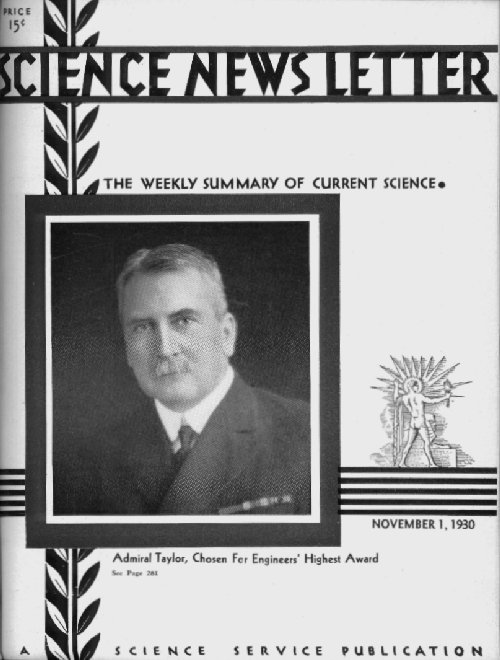 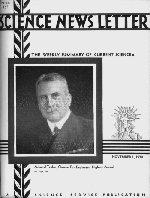 The John Fitz Medal Board of Award has chosen Rear Admiral Watson Taylor, U.S.N., retired, for the highest award for professional distinction the engineering profession of America will confer during 1931.

In summing up Admiral Taylor’s accomplishments, the Board cites outstanding achievement in marine architecture, revolutionary results of persistent research in hull design, improvements in many types of war ships, and distinguished services as chief constructor of the United States Navy during the World War.

Power equivalent to that of a cataract pouring an unlimited volume of water endlessly over a 300-foot fall is stored in tropic seas. This power is not locked tightly in minute molecules and electrons, like atomic energy; it is now ready to be released by the engineer, as some has already been, to lighten the labor of man.

Prof. Georges Claude, famous French scientist, thus expressed faith in his process for utilizing the temperature difference between the surface and deep waters of the tropic oceans during a lecture before the American Society of Mechanical Engineers in New York last week.

A much wider range of ultraviolet rays than that commonly thought effective helps in the prevention or treatment of rickets, Prof. John W.M. Bunker of the Massachusetts Institute of Technology and Robert S. Harris, research associate at the Institute, reported to the American Public Health Association at its meeting in Ft. Worth, Texas, this week. Their report was based on a 2-year study of 800 animals.

The wavelength range generally thought effective is between 3,022 and 3,026 Angstrom units. An Angstrom unit is about one-250 millionth of an inch. When this range is extended to include ultraviolet rays of shorter wave lengths, greater protection against the disease is obtained.