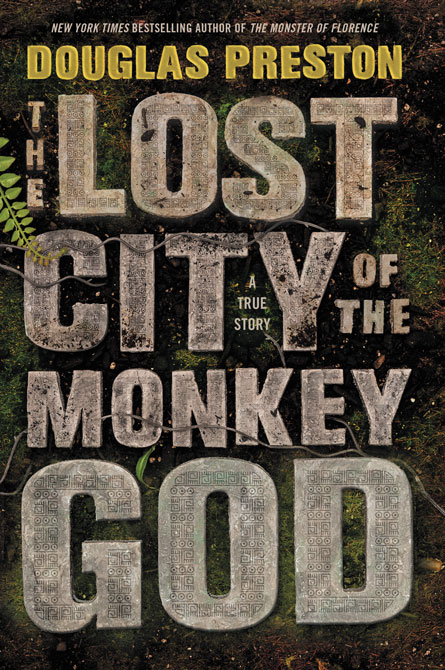 Legend has it that hundreds of years ago, a rich, powerful city stood in the jungle of what is now eastern Honduras. Then, suddenly, all of the residents vanished, and the abandoned city became a cursed place — anyone who entered risked death.

In a captivating real-life adventure tale, journalist and novelist Douglas Preston argues that the legend is not complete fiction. The Lost City of the Monkey God is his firsthand account of the expedition that uncovered the sites of at least two large cities, along with other settlements, that may form the basis of the “White City” myth. Even the curse might be rooted in reality.

Stories of the White City, so named because it was supposedly built of white stone, trace back to the Spanish conquistadores of the 16th century, Preston explains. These stories enthralled filmmaker Steve Elkins, who set out in the mid-1990s to uncover the truth. Finding the ruins of an ancient culture in one of the most remote parts of Central America would require a combination of high-tech remote sensing, old-fashioned excavation and persistence.

Elkins enlisted the help of experts who used satellite images and lidar to find potential targets to explore. Lidar involves shooting laser pulses from above to sketch out the contours of a surface, even a thickly vegetated one. The resulting maps revealed outlines of human-made structures in several locations. Preston deftly explains the science behind this work and makes it exciting (being crammed into a small, rickety plane for hours on end requires its own kind of bravery).

By 2015, archaeologists, accompanied by a film crew and Preston, hit the ground to investigate. They weren’t disappointed. The team uncovered an earthen pyramid, other large mounds, a plaza, terraces, canals, hundreds of ornate sculptures and vessels, and more. These discoveries are providing clues to the identity of the people who lived there and what happened to them. What’s clear is that they belonged to a culture distinct from their Maya neighbors.

This culture probably prospered for several hundred years, perhaps longer, before vanishing around 1500. Drawing on historical evidence, Preston argues that disease brought by Europeans was the culture’s downfall. A series of epidemics, perhaps smallpox, may have prompted people to desert the area, inspiring the myth’s curse.

The expedition did not escape this curse. Preston and others brought back a parasitic infection known as leishmaniasis. Preston devotes the last quarter of the book to detailing his and others’ struggle to deal with this potentially fatal disease.

The Lost City of the Monkey God is at its best when Preston recounts his time in the field. He presents an unglorified look at doing fieldwork in a rainforest, contending with poisonous snakes, hordes of biting pests and relentless rain and mud. He also offers a window into the politics of science, offering a frank appraisal of the criticism and skepticism this unconventional expedition (paid for by a filmmaker) faced.

Much of the book is a thrill to read, but by the end, it takes a more somber tone. The “White City” faces threats of looting and logging. And researchers who go there risk contracting disease. Some readers may wonder whether the discovery was worth it. Perhaps some mysteries are better left unsolved.

Buy The Lost City of the Monkey God from Amazon.com. Sales generated through the links to Amazon.com contribute to Society for Science & the Public’s programs.