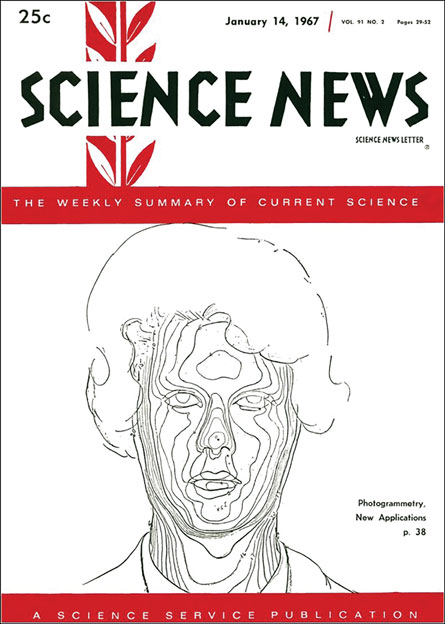 The first natural satellite in the solar system to be discovered since artificial satellites were launched has been found circling Saturn. Dr. Audouin Dollfus of the Observatory of Physical Astronomy at Meudon, France, spotted Saturn’s tenth satellite on three photographs taken in mid-December when the planet’s rings were seen edge-on from earth. — Science News, January 14, 1967

Saturn’s 10th moon, officially named Janus in 1983, was the first satellite of the ringed planet discovered in the 20th century. It shares an orbit with the moon Epimetheus, seen days after Janus’ discovery, although no one realized they were separate entities until 1978. Saturn actually hosts at least 62 moons, a diverse bunch, as revealed by the Cassini spacecraft. Water erupts from Enceladus, Hyperion is blanketed with bizarre terrain resembling a sponge from afar and methane lakes dot Titan’s surface. Cassini, in orbit since 2004, will end its mission in September by plunging into Saturn’s atmosphere (SN: 11/12/16, p. 10).