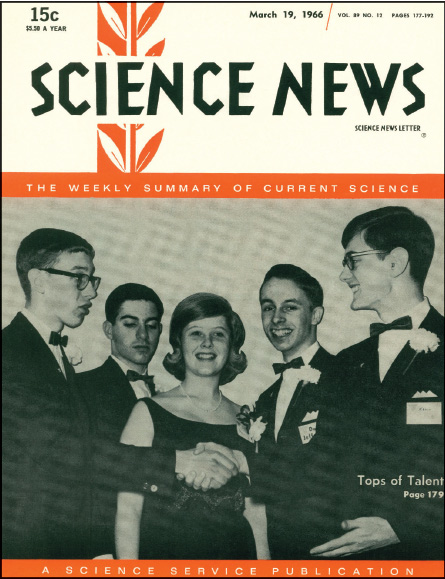 Understanding memory — Memory is losing its mystery.… A man’s brain contains some 10 billion neurons…. How are new memories established in cells, if they are? An explanation may lie in the dendrites [the branching tips of neurons].… Logically [neurons] can send out new branches, though this has never been observed. Man would require far more subtle instruments than he now possesses to find such new dendritic growth among 10 billion neurons. — Science News, March 19, 1966

While our understanding of the brain has dramatically improved, mysteries remain. Those old neuron counts were way off; recent estimates say the number exceeds 85 billion. And researchers now have the tools to watch dendrites as they grow and change over time (SN: 7/12/14, p. 8). Dendrites seem to play a key role in memory, but scientists are now exploring on a molecular level how memories form, change and persist. Recent studies have suggested a role for specialized proteins and nets that swaddle brain cells (SN: 11/14/15, p. 8).