The Aboriginal people of Australia had their own way of defining the seasons, based on local weather patterns. Australia’s Bureau of Meteorology has created a Web site that illustrates several of these seasonal weather calendars, established thousands of years ago. Unlike the European and American spring, summer, autumn, and winter, the indigenous versions often include five, and sometimes seven, distinct seasons. 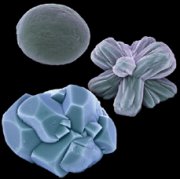