Casu marzu is made in Sardinia by adding fly larvae to sheep’s cheese and allowing the concoction to rot. It is eaten with thousands of little maggots still squirming inside it. 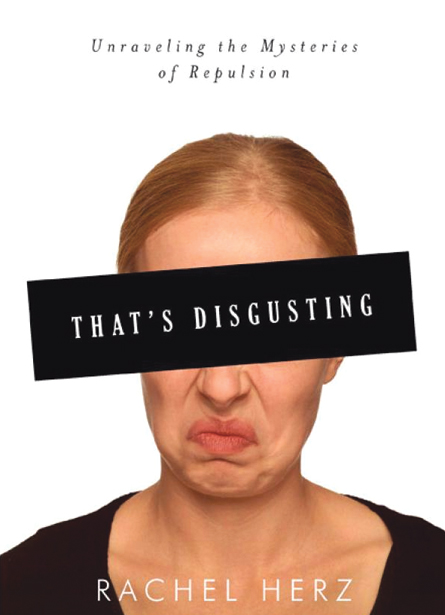 Disgusting? Not to the Sardinians who find it delicious with a nice strong glass of red wine. And it’s the same for many other sights, sounds and smells: What’s disgusting is in the queasy stomach of the beholder. Herz, a research psychologist specializing in the sense of smell, set out to understand the science behind disgust after being tapped to judge the National Rotten Sneakers Contest in Montpelier, Vt., and finding it not as bad as she had expected. She becomes the reader’s brave guide to all kinds of topics that are normally avoided.

First Herz surveys what kinds of things disgust people, and then she tries to explain why by exploring disgust’s physiological basis (people with damage to some brain areas don’t feel it, for example) and behavioral research on how people develop and respond to disgust.

Disgust is the only basic emotion that is largely learned (young children don’t feel or recognize it), and Herz argues that it may be the most recently evolved. Disgust, research suggests, evolved from fear and took hold because of its ability to help protect people from their top predators, pathogens. From there, it has been elaborated upon by associations and connections in the brain, such that today all sorts of violations (ketchup on ice cream) can trigger disgust. But these feelings can be harnessed, Herz says, and in the end her lesson on disgust has a lot to say about how we as humans feel about ourselves.