Americans have climate change to thank for a decades-long spate of milder winters. Around 80 percent of U.S. residents live in counties where the weather has become more pleasant over the last four decades (see map). That trend won’t last, however: Researchers predict in the April 21 Nature that 88 percent of Americans will experience noticeably worse weather by 2100 than they do today. 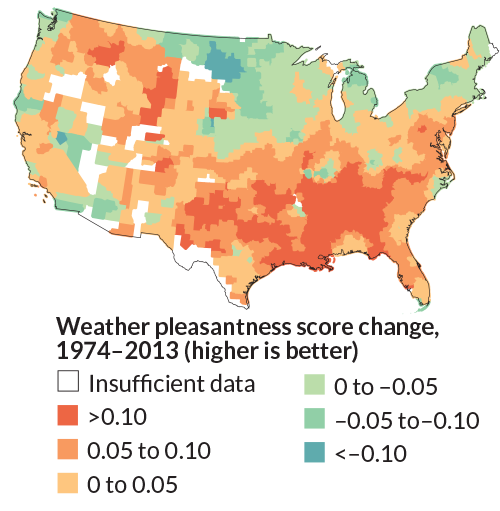