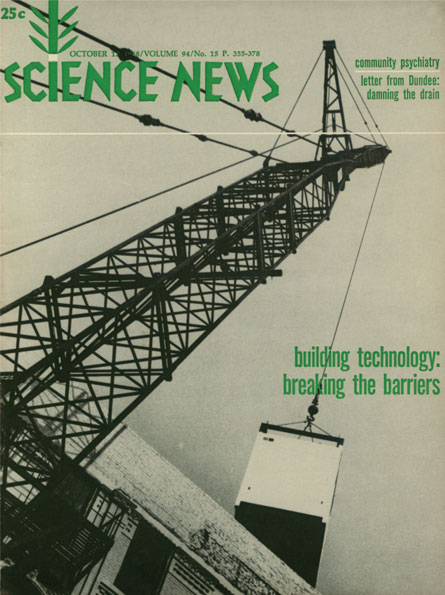 A seed of the South America herb achira (Canna sp.), taken from an ancient Indian necklace, has germinated, and the young plant is growing well.… Carbon-14 dating of bones at the site sets the seeds’ age at about 550 years.… The plant from the old seed appeared to have a disturbed gravity orientation, but is still growing fairly normally. — Science News, October 12, 1968.