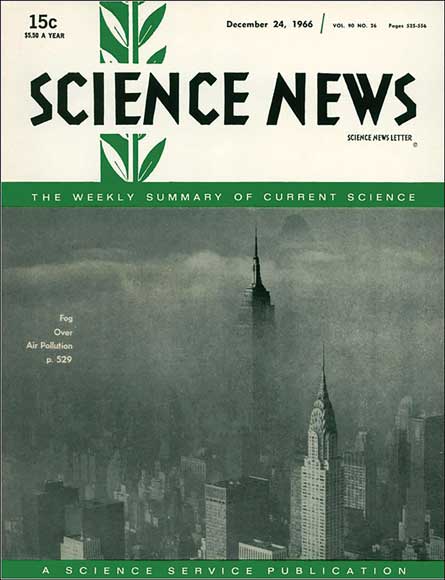 A case for genetic drinking

Whether one drinks at all, how much and how often are partly due to heredity, [according to a Finnish study of 902 male twins].… A genetic element in alcoholism “seems highly plausible,” [researchers] said.… Surprisingly, genes also have much to do with creating an abstainer. Lack of control — which should resemble alcoholism — is no single gene, but a group of traits. — Science News, December 24, 1966

As the Finnish researchers predicted, how much or how little someone drinks may be influenced by many genes. A study of rats published August 4 in PLOS Genetics linked variants of 930 genes to a preference for drinking alcohol (SN: 9/3/16, p. 8). Many of the variants may alter how genes are regulated, rather than changing the genes themselves. Researchers still need to verify whether the same genes are involved in drinking behavior in humans.