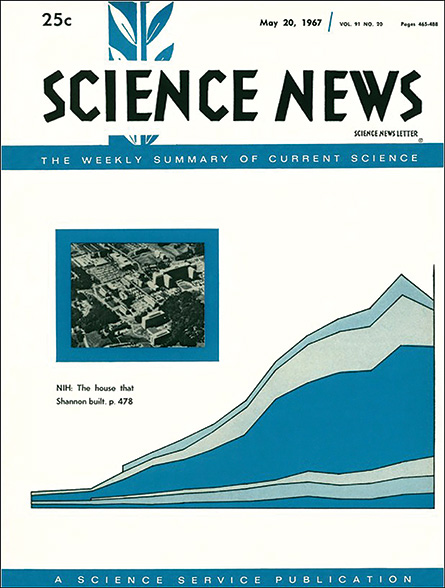 Mosquitoes on the way out

By 1973, just nine years after the start of an antimosquito campaign, the Aedes aegypti will be eradicated from the United States. The mosquito, a potential carrier of yellow fever, dengue and hemorrhagic fever, has been the target of a $23 million attack launched in 1964…. The carrier of these viral diseases can still be found in 10 southern states, Hawaii, the Virgin Islands and Puerto Rico. — Science News, May 20, 1967

The eradication program, which used chemical sprays and eliminated breeding sites, never came close to getting rid of A. aegypti. Today, the virus-carrying insect’s potential range includes more than 20 states and other U.S. territories. And some carrying the Zika virus have been found in the continental United States. Researchers are investigating new ways to conquer A. aegypti, by inserting faulty genes into its DNA or dosing it with a sterilizing bacterium (SN: 4/1/17, p. 10).