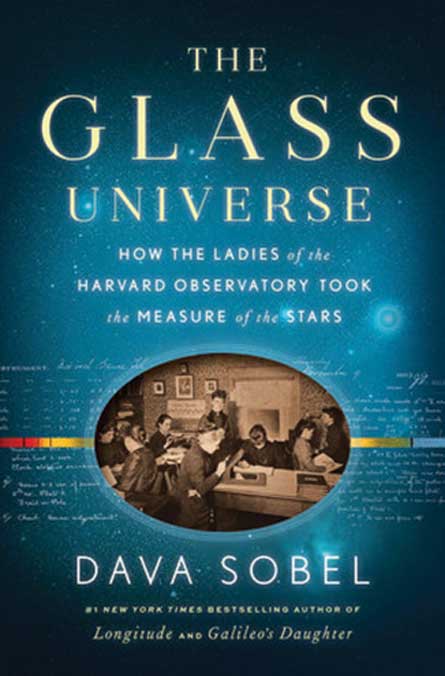 In the early 1880s, Harvard Observatory director Edward Pickering put out a call for volunteers to help observe flickering stars. He welcomed women, in particular — and not just because he couldn’t afford to pay anything.

At the time, women’s colleges were producing graduates with “abundant training to make excellent observers,” Pickering wrote. His belief in women’s abilities carried over when he hired staff, even though critics of women’s higher education argued that women “originate almost nothing, so that human knowledge is not advanced by their work.”

Pickering and his “harem” sure proved the critics wrong.

In The Glass Universe, science writer Dava Sobel shines a light on the often-unheralded scientific contributions of the observatory’s beskirted “computers” who helped chart the heavens. By 1893, women made up nearly half of the observatory’s assistants, and dozens followed in their footsteps.

These women toiled tirelessly, marking times, coordinates and other notations for photographic images of the sky taken nightly and preserved on glass plates — the glass universe. These women’s routine mapping of the stars gave birth to novel ideas that advanced astronomy in ways still instrumental today — from how stars are classified to how galactic distances are measured.

Sobel traces the origin of the glass universe back to heiress Anna Palmer Draper. The book opens in 1882 with her exulting in hosting a party for the scientific glitterati under the glowing and novel Edison incandescent lights. Her husband, Henry Draper, a doctor and amateur astronomer, had pioneered a way to “fix” the stars on glass photographic plates. The resulting durable black-and-white images revealed spectral lines that could provide hints to a star’s elements — and eventually so much more. Henry’s premature death five days after the party launched Anna’s philanthropic support of the Harvard Observatory and the creation of the glass universe.

Other women featured in the book had a more hands-on impact on astronomy. For instance, Williamina Fleming came to the United States as a maid. But Pickering soon recognized her knack for mathematics. At the observatory, she read “the rune-like lines of the spectra,” Sobel writes, noticing patterns that led to the first iteration in 1890 of the Draper stellar classification system. That system, still used today, was later refined by the observations of other women.

Henrietta Leavitt, a promising Radcliffe College astronomy student slowly going deaf, joined the staff in 1895. While meticulously tracking the changing brightness of variable stars, she noticed a pattern: The brighter a star’s magnitude, the longer it took to cycle through all its variations. This period-luminosity law, published in 1912, became crucial in measuring the distance to stars. It underpinned Edwin Hubble’s law on cosmic expansion and led to discoveries about the shape of the Milky Way, our solar system’s place far from the galactic center and the existence of other galaxies.

The story belongs, too, to Pickering and his successor, Harlow Shapley. Perhaps partly motivated by economics at a time of shoestring budgets — in 1888, women computers earned just 25cents per hour — these men not only recognized, but also encouraged and heralded the women’s talent.

Sobel takes readers through World War II and a myriad of other moments starring women: first woman observatory head; first woman professor at Harvard (of astronomy, of course); discoveries of binary stars, the prevalence of hydrogen and helium in stars, and the existence of interstellar dust. In some cases, it took male astronomers to make those findings stick — the glass universe had a glass ceiling.

After World War II, radio astronomy emerged, and “the days of the human computer were numbered — by zeros and ones,” Sobel writes. Using film to photograph the stars ended in the 1970s. But the glass universe is far from obsolete. The roughly half-million plates hold the ghosts of pulsars, quasars and other stellar phenomena not even imagined when the plates were made. They also offer the promise of more discoveries to come, perhaps by the next generation of women astronomers.

Buy The Glass Universe from Amazon.com. Sales generated through the links to Amazon.com contribute to Society for Science & the Public’s programs.