What makes the spray of a skunk so annoying? It irritates the skin, one scientist says. Or maybe humans are evolutionarily programmed to respond to its stink, reminiscent of rotten meat or caves low on oxygen. Then again, some people like the scent — so perhaps its repulsiveness is something learned, something associated with bad situations. No one really knows. 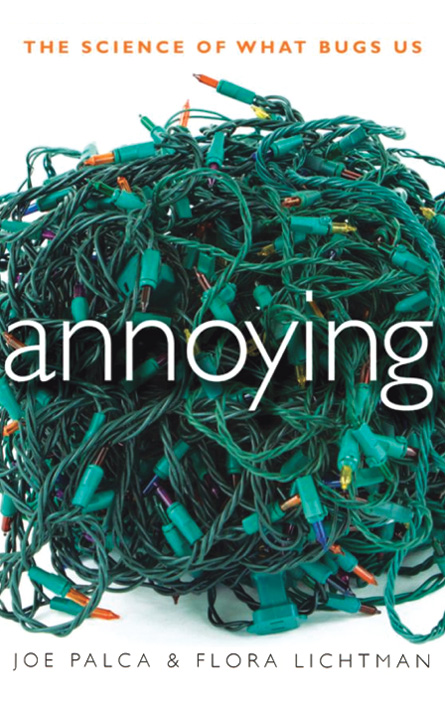 In their new book, radio science journalism veterans Palca (a member of the board of Society for Science & the Public, which publishes Science News)and Lichtman roam the landscape of human annoyance. Like 18th century naturalists, they collect specimens of the sights, sounds and smells that drive folks crazy: nails on chalkboards, public cell phone chats, chili peppers, insects, insults, dreams, sirens and spouses. The authors are joined by psychologists, neuroscientists, screenwriters and philosophers speculating about the root causes of irritation.

“Part of the recipe for what makes something annoying seems to be its level of unpredictability,” the authors write. Lack of control also seems to play a role.

Even animals get annoyed, they note, from stickleback fish fuming over the color red to mice genetically engineered to be the angriest rodents on the planet.

This grab bag of colorful anecdotes is tied together in the end with an argument that because annoyances transcend reason, any strategy to overcome them is doomed to fail. But it’s a lot of ground to cover in less than 300 pages, and you may finish the book with more questions than answers.

If you find that annoying, at least after reading this book you may have some idea why.