Concrete is everywhere, especially if you live in a city. It’s used for buildings, bridges, roads, dams, sidewalks, airport runways, even burial vaults. There are already about 40 tons of concrete on the planet for every person alive, with another ton added each year. 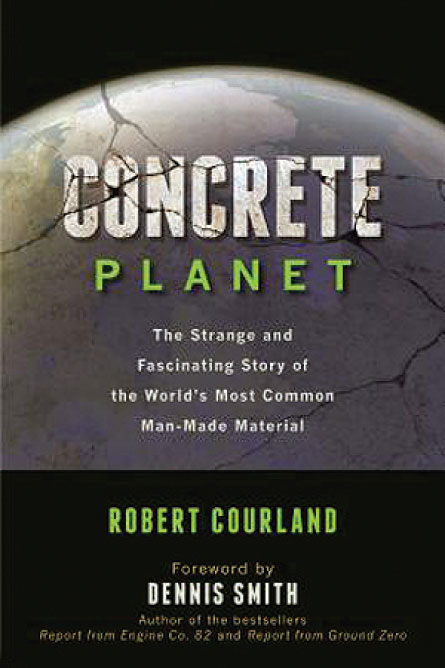 In this wide-reaching book, Courland reviews the saga of what many may view as a mundane material, from its discovery during the Neolithic (the later part of the Stone Age) to its rediscovery in the late 1700s — made necessary after the secrets of its manufacture were largely lost with the fall of the Roman Empire.

A world without concrete simply wouldn’t look the same: Skyscrapers wouldn’t be as tall and most other buildings would be smaller; all dams would be bulky, earth-filled structures; and roads would certainly have more potholes. In short, Courland suggests, the world would look much as it did in the 1800s.

While iconic Roman-era buildings made of concrete such as the Colosseum and Pantheon have stood for nearly two millennia, Courland notes that few of today’s concrete structures will last one-tenth as long, largely because the iron and steel used to reinforce them begins to deteriorate at a rapid rate after just a few decades.

Millions of years in the future, the geologic record of today’s era will be an odd layer of rust-tainted sediment — crumbled concrete peppered with flakes of corroded rebar. In the shorter term, the manufacture of concrete is the third-largest source of planet-warming carbon dioxide, right behind fossil fuel–burning power plants and transportation. Whether looking at the past or the future, Courland makes a compelling case for concrete’s importance to humankind.