It’s amazing that a small sackful of bark beetles, each no larger than a grain of rice, can in a matter of days kill a tree more than a century old. Yet maybe it’s not surprising, considering that these voracious pests descend upon forests in swarms that can easily weigh more than a pod of killer whales. 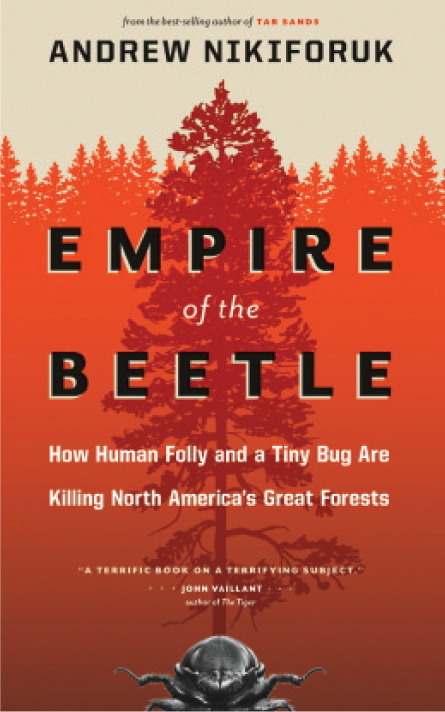 Nikiforuk, a Canadian journalist, chronicles the plague of bark beetles that in the last quarter-century has killed more than 30 billion pine and spruce trees from Alaska to New Mexico. No creatures except humans, he says, can change a landscape as dramatically and quickly.

Several factors have conspired to set the beetles free of their natural constraints. A century of fire suppression has nearly tripled the proportion of old trees, which don’t produce enough resin to create a gooey protective barrier against beetles. Climate change plays a role, too: Trees stressed by heat and drought can’t mount a strong defense against a beetle blitz, and winters in many infested regions are no longer cold enough to kill the pests in large numbers.

Nikiforuk draws on interviews with scientists, foresters and rural residents to paint a nuanced picture of beetle outbreaks and their long-term implications. By managing woodlands to maximize timber, humans have taken patchy and diverse forests and transformed them into all-you-can-eat smorgasbords for beetles. Although climate change has rung the dinner bell for hungry beetles, the author suggests, human arrogance has surely set the table.