Megadisasters sell, and megavolcanoes sell more than most: Turn on any documentary channel to see mountains belching ash clouds across towns­people paralyzed by fear. 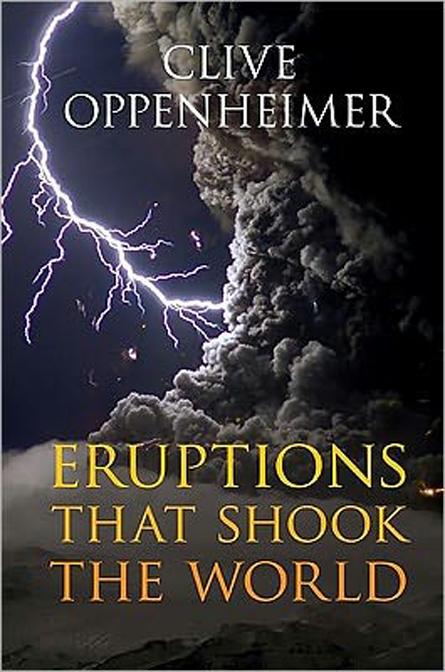 Oppenheimer, a volcanologist, has served as consultant on some of these films. But he tops them all with a new book, heavy on scientific detail and light on dramatic froth, chronicling eruptions that really did change the world.

Often, the deadliest eruptions come out of the blue. Few scientists foresaw the 1883 eruption of Krakatoa in Indonesia or the Philippines’ climate-changing Mount Pinatubo in 1991. Oppenheimer argues that understanding such past events is key to surviving the future.

That future could hold far greater disasters than last year’s eruption of Eyjafjallajökull, the Icelandic volcano that shut down Europe’s air space. Take, for example, the 1783–84 eruption of the Laki volcano, whose poisonous fog killed tens of thousands, not just in Iceland but as far away as England and France.

Death tolls are not the only measure of an eruption’s influence on society. Consider the little-known Campanian Ignimbrite eruption, which devastated southern Italy some 39,000 years ago just as Europeans were developing stone tools. And in early Mesoamerica, leaders at the city of Teotihuacán may have exploited the fear and uncertainty following an eruption of nearby Popocatépetl to consolidate power. These are stories that don’t make the Discovery Channel.

Oppenheimer wisely avoids the trap of environmental determinism for explaining the rise or fall of a particular civilization. Rather, he thoughtfully makes his case that volcanoes and humankind have been intertwined throughout history, and will continue to be long after the next unpronounceable Icelandic volcano erupts.