Gene therapy, long heralded as the savior of those suffering from rare genetic disorders, has a lot to thank Corey Haas for. Haas was 8 years old when, in 2008, doctors injected engineered viruses into his eyes in an attempt to cure his hereditary blindness. It worked, and that success swept away shadows that had haunted gene therapy for nearly two decades. 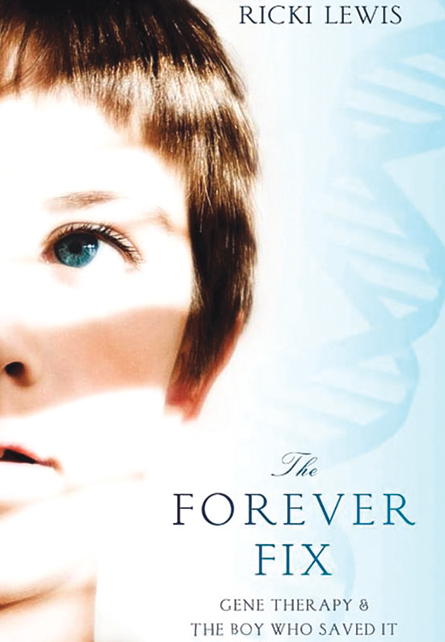 Genetics writer Ricki Lewis uses Haas’ story to bookend the checkered history of gene therapy—the idea of replacing a defective gene with a working one in order to knock out disease. In theory, it sounds clever. In practice, it has been fiendishly difficult. Most notably, 18-year-old Jesse Gelsinger died in a 1999 clinical trial of a gene therapy treatment for a nonfatal liver disease. His death temporarily shuddered the field to a halt. Lewis clearly lays out how far gene therapy has come since then. Among other things, scientists have found better viral vectors to deliver the new genes, so that the patient’s body does not go into immune overload.

Much of this progress has been pushed forward by the anxious parents of children suffering from rare genetic disorders such as the brain-destroying adrenoleukodystrophy best known from the movie Lorenzo’s Oil. From the hallways of patient conferences to the National Institutes of Health library in Bethesda, Md., Lewis adroitly sketches the heartbreaking world of families searching for a cure.

And while her reporting steers clear of unfounded optimism, her message is ultimately a positive one: Gene therapy is here to stay. Soon, Corey Haas, not Jesse Gelsinger, will be the name most people remember.