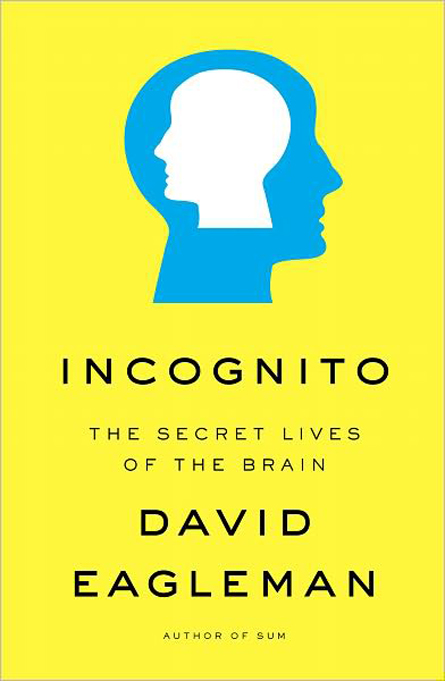 People only think they know what they’re doing. In reality, great ideas, decisions and opinions are all generated well before the conscious brain is in on the task, argues Eagleman, a neuroscientist.

In fresh, clear prose unencumbered by neuro-jargon, Eagleman weaves descriptions of simple, relatable experiments and compelling case studies throughout the book, convincing the reader that deep, mysterious machinations of the brain are calling the shots.

The insight that much of what drives behavior happens behind the scenes of conscious thought has huge implications for the justice system, a topic that Eagleman tackles with relish in later chapters. He invokes the infamous case of Charles Whitman, the University of Texas at Austin’s clock-tower sniper. An autopsy revealed a nickel-sized tumor that was impinging on parts of the brain linked to aggression and fear in Whitman, a former Eagle Scout and U.S. Marine.

The current legal system is based on the idea that, with a few key exceptions, most people are equally able to make decisions, control impulses and understand consequences, Eagleman writes. “While admirable, the notion is simply not true,” he concludes. Brain inequalities make assigning blame problematic, Eagleman proposes, so courts should assess “modifiability,” which considers what can be done to rehab an individual offender’s brain.

The book’s pithy observations, breezy language and wow-inducing anecdotes provide temporary pleasure, but the book’s real strength is in its staying power. A reader will be left to mull over Eagleman’s provocative ideas about “biologically informed jurisprudence.”