The great sea beast, with slimy tentacles and a penchant for dragging sailors down into the inky depths, is a common literary figure. And Williams isn’t shy about diving into those myths. She launches her survey of cephalopods, a group that includes squid, octopuses and cuttlefish, with a quote from Pirates of the Caribbean and a true story — maybe — of squid attack. Williams, though, argues that these strange creatures are much more. They’re important to medicine and ecosystems, and apparently quite clever to boot. 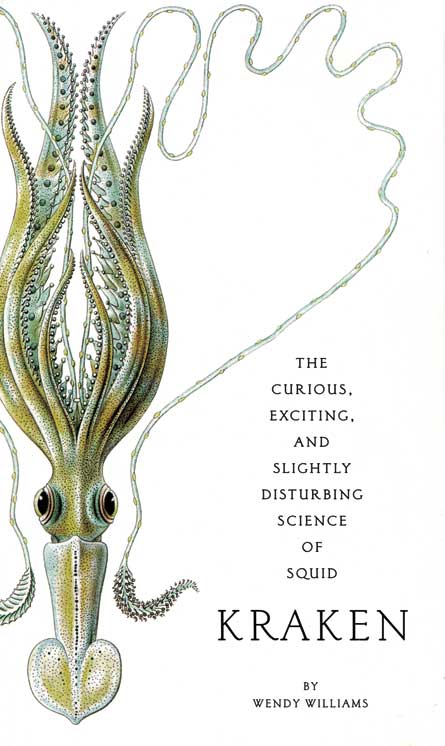 Tales of friendly and problem-solving octopuses with names like Truman and Lucky Sucker may help to dispel some of the eerie aura surrounding these sea invertebrates. But Williams also brings readers up to date on modern cephalopod science, including an exploration of the ongoing Humboldt squid invasion of California’s Monterey Bay. And how octopuses change color so quickly — that’s a topic too fascinating to pass up (hint: It works like a cellular peekaboo game). Most important, perhaps, these animals have also taught humankind a lot about itself. Much of what scientists know today about brain and spinal cells, for instance, came from studies of rice noodle–like neurons that run down the bodies of small squids.

If that sounds like a bit of a hodgepodge, it is. Taken as a whole, Kraken amounts to an episodic argument for the coolness of cephalopods. Luckily, Williams’ anecdotes and historical forays are fun, and her writing style is ideal for general-interest readers of many ages.