As anyone struggling to navigate a tangled web of automated customer service knows, most computers have a long way to go before they can impersonate a human. In this engaging and thought-provoking book, Christian describes his efforts to keep machines in their place. 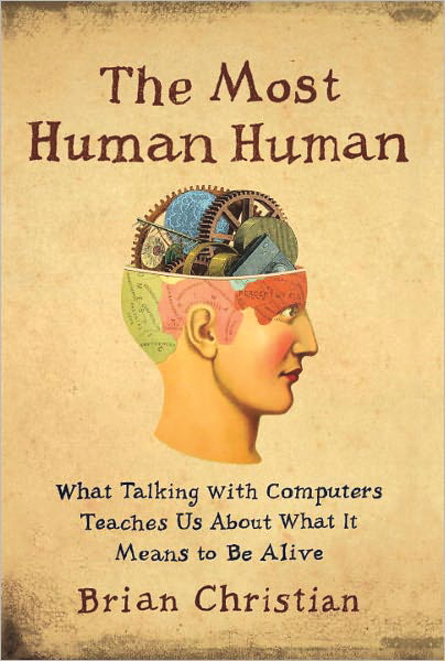 The chapters follow Christian’s preparations for a competition in which artificial intelligence programs try to pass as human — a form of a test proposed by Alan Turing in 1950. Turing said that a machine could be considered to “think” when it could convince human judges they’re talking with another person. Each year computers get a little closer when they compete against humans in the Loebner Prize’s “Most Human Computer” contest.

But an equally important prize is at stake, Christian says. The humans competing against the computers also vie for the “Most Human Human Award,” which in one case went to the most “moody, irritable and obnoxious” contestant.

Upon learning that the machines came close to out-humaning the humans in 2008, “a steely voice inside me rose up seemingly out of nowhere,” Christian writes. “Not on my watch.” Although the book is anchored by Christian’s quest to defeat the machines, it often veers off on whimsical detours. For instance, Christian muses that the original “computers” were people — usually women who performed calculations. But today, “it is the human math whiz that is ‘like a computer.’ ”

A background in computer science, philosophy and poetry serves Christian well. His prose is cogent and quick, heart­felt and thoughtful. In other words, supremely human.